The match race of the trainers

The Kenilworth race features promising sorts who might be worth strong mentions come the beginning of the season. 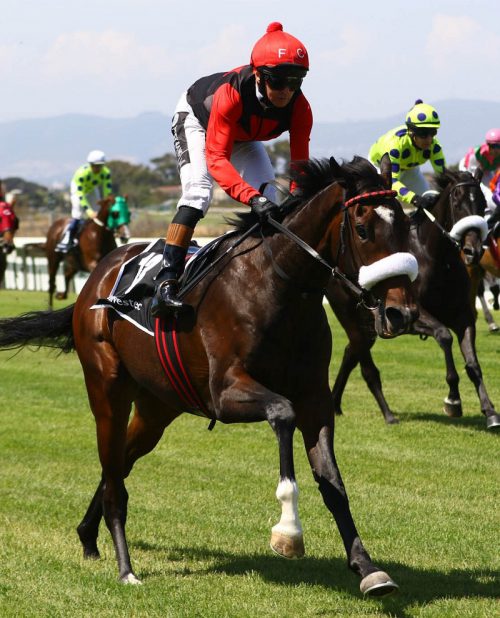 As the Cape Summer of Champions season draws nearer, there is an influx of jockeys from Johannesburg and Durban – and a school of talented horses are prepped for the many feature races scheduled.

Kenilworth on Tuesday features promising sorts who might be worth strong mentions come the beginning of the season.

Race 8 is an Allowance Plate over 1500m and it’s a trainers’ “match race” of Justin Snaith v Brett Crawford, with Snaith sending out four of the seven-horse field and Crawford the other three.

The race also brings out Durban July runner It’s My Turn who returns from a 151-day rest. This four-year-old son of Dynasty hasn’t run since an impressive fourth place finish behind The Conglomerate.

He appears the pick in this small field. This Justin Snaith-trained gelding is the best weighted horse in the race at 55kg, is drawn No. 2, has form fit for a champion, and with Piere Strydom in the irons – a man who’s won on him before, just might have the upper hand.

It’s My Turn has only one bad run to his name, a run in the Guinness where he finished 10th behind Black Arthur back in May. That run can be best ignored as, it came after a three month rest, he lost two lengths at the start and was trying Greyville for the first time. He’s run out of the top four positions once in his short eight run career behind horses like Rabada.

He has two victories to his name against promising sorts. He beat La Favourari by 2.50 lengths on debut and he beat Brazuca impressively under Strydom by two lengths having come from 11th at the 400m mark. Brazuca has proven to be extremely talented having run against the likes of Legal Eagle and Abashiri and held his own. He recently won at the Vaal.

Fitness shouldn’t be much of an issue as Justin Snaith is one of the best trainers in the country. A lot more can be expected from this four-year-old. Much is in his favour – under these conditions, he just might bag his third career win. The race also features Whisky Baron who ran two seconds to Marinaresco who has proven to be a classy three-year-old. Whisky Baron won well on his last outing, should he rise to the occasion could have a good run.

Star Chestnut who has been running extremely well could face difficulty here. He goes up in class and is in the company of a lot stronger. With Anthony Delpech in the irons he isn’t without a chance. He however will have a lot to prove in this race. Winter Prince beat Star Chestnut last time out and will be in pursuit of third consecutive win – respect.