It shall be a big day for Richard

He is a man possessed at the moment. 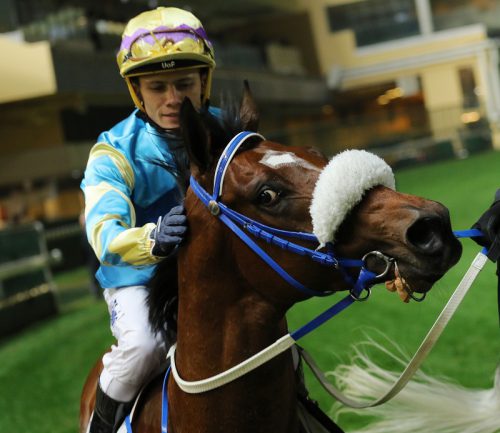 These were the words of race commentator Alistair Cohen after jockey Richard Fourie won aboard Midnight Vision in mid-December.

And Fourie’s “moment” looks like continuing with him having booked a host of good mounts at Kenilworth today which could see him adding more winners to his tally.

The first race seems very competitive so we’ll kick off with Race 3 where he rides Michael Robinson-trained Kapteinspandiseile. He was heavily backed on his last outing when running on extremely late to finish third behind Icon King.

That run suggests the bump up to 1600m could be exactly what this three-year-old gelding needs, making him one of the safer bets on the card.

Fourie makes for good Eachway bets in Race 2 aboard Big Ed and in Race 4 aboard Ashfahan.

Fourie’s best ride could be Michael Robinson-trained gelding Shall Be Free in Race 7, a MR 72 Handicap over 1400m. He has produced two impressive wins and will be in pursuit of a hat-trick of wins here. This four-year-old son of Elusive Fort appears to be the pick of the lot. He enjoys the trip and his recent spell of good form should be enough to edge out this small field.

Shall Be Free will carry 60.5kg, the heaviest he’s ever had to shoulder which should prove his biggest disadvantage. That’s 2kg more than the Justin Snaith-trained gelding Chosen Path. He wasn’t disgraced on his last start when running on late to finish third. He should go even closer but will have to do a bit more to defeat Shall Be Free.

Written In Gold has so much in his favour considering he carries 53.5kg – 7kg less than Shall Be Free. This Darryl Hodgson-trained gelding won his last start by two lengths at Fairview. The only concern is it was 180 days ago. This lengthy lay off along with the step up in class could prove his biggest disadvantage – but if fit he could run a good race.