Hewitson’s entry into the competitive side of racing started in Durban when he rode in a few Gold Circle-staged work-riders’ races. 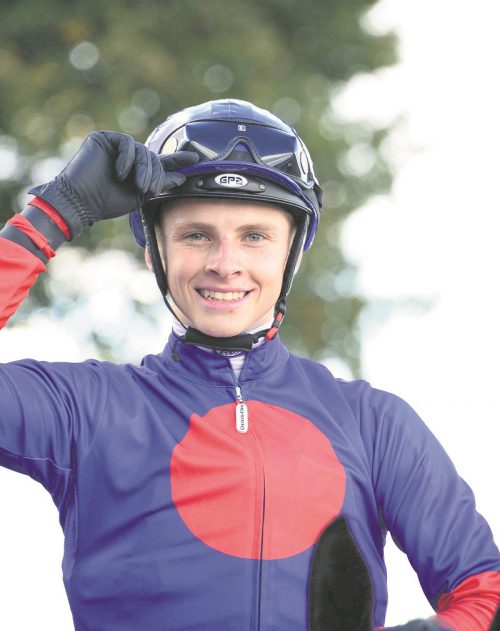 When the leading stables give a second-year apprentice as many chances as Lyle Hewitson gets, racing fans sit up and take notice. In fact, whispers on course are he’s a future champion jockey.

Trainer Sean Tarry has a first-choice rider in S’manga Khumalo, but has thrown a number of good rides 19-year-old Hewitson’s way, with 40 of the teenager’s 148 wins as a licensed professional coming courtesy of the dual championship-winning stable. And Mike Azzie has also been a stalwart supporter, even before Hewitson became an apprentice.

Hewitson did not come into horseracing the traditional way, through the world-renowned South African Jockeys’ Academy at Summerveld in KwaZulu-Natal from age 14 or 15. His parents, Ballito Bay resident Samantha and former Port Elizabeth-based jockey Carl, insisted he complete his education before following his heart into the sport.

So he completed his matric at Kearsney College, getting five As and two 79s, just over a year ago and only then applied to the Academy.

“Racing is my passion, the only thing I’ve had my heart set on. It’s a hobby I can make into my career and I feel it’s important to do what you love,” he said.

He was accepted to the Academy and started as an apprentice in January last year.

“My apprenticeship has been cut to three years from five because I’ve already matriculated and had a little bit of a head start,” he said.

That head start came through the Work Riders’ Training Programme, one of horseracing’s BEE initiatives which teaches grooms – the men and women who ride the horses in track work every day – equestrian skills. The racing companies stage races for the work riders to hone their skills and help them better understand the rigours of competition.

The work riders get paid a fee for riding the horses and win the jockeys’ portion of the race stake.

Hewitson’s entry into the competitive side of racing started in Durban when he rode in a few Gold Circle-staged work-riders’ races.

“There were not many such races in Durban, though, so I started talking to James Maree, who runs the work riders’ training programme in Johannesburg.

“He watched me in a few races, giving me critiques on my rides, and then organised for me to come up and ride in the work-riders’ races in Joburg.

“I had a successful work-riders’ career and was the top work rider in the 2014/15 racing season. That opened the door to a professional jockeys’ career.”

Hewitson rode in 88 work-riders’ races, winning 23, including his very last race in that genre.

Not allowed to race ride immediately in order for the academy’s instructors to assess his skills, he stepped out on to a racecourse for the first time as a bona fide apprentice a year ago. Twelve days later he rode his first winner and he hasn’t looked back.

Apprentices are given a 4kg allowance for their first 20 winners, 2.5kg for the next 20 and then 1.5kg to 60 winners, with the allowance falling away thereafter. Hewitson lost his claim in record time in July last year.

Many experts expected the loss of his allowance would give trainers pause about booking him, but his talent and versatility is such that he has still had as many bookings as before. It is unprecedented that 13 of them have been in races at the highest level and another 16 have been in Grade 2 races.

He has three more Grade 2 rides at Turffontein today when the R1-million Betting World Gauteng Guineas will be run along with the Wilgerbosdrift Gauteng Fillies Guineas and the Hawaii Stakes.

A win in any of these races would herald his biggest success to date because so far his biggest wins have come at Grade 3 level. At least two of his mounts have solid place chances. And if they can place, then surely they can also win?

He believes Matador Man in the Gauteng Guineas is probably one of his better rides at the meeting. He won on the Tarry-trained horse the only time he was booked for the gelding and has been riding him in work.

“He’s really well at the moment. He’s trying 1 600m for the first time but the way he’s run on over 1 400m, when he won and finished second, he should get the trip. He is also drawn wide, but is a slow starter, which will nullify that disadvantage. It’s an open Guineas this year and with the right pace, he’ll be running on. My advice would be to back him for a place.”

He said of Paul Peter-trained Fort Ember: “She is a classy and tough filly. She’s up in class in the Hawaii Stakes and may just need the run.”

His mount in the Wilgerbosdrift Gauteng Fillies Guineas is Tarry-trained Visuality and he believes she has a “tough task”.

Hewitson has rides in all but one of the 12 races at Turffontein today and quite a few should finish in the frame. Come see him in action at the track, or catch all the action live on Tellytrack, DStv channel 239.