This Dennis Drier-trained gelding will line up in the main event, Race 4 a Pinnacle Stakes over 1600m. 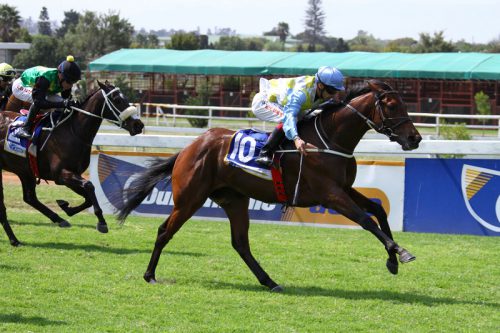 Punta Arenas might be eight years old but has not lost his zest for racing and can notch up another win when he contests Race 4 at Scottsville today.

All eyes will be on Punta Arenas when he makes a return to racing at Scottsville on Sunday after a 106-day break.

This Dennis Drier-trained gelding will line up in the main event, Race 4 a Pinnacle Stakes over 1600m.

The break from racing shouldn’t raise too many red flags considering Drier is a top trainer and will have him ready for battle. It’s been 253 days since Punta Arenas last won a race – this curse is set to be broken. His last run was in the Summer Cup back in November. He was bumped in the race and failed to make up ground, having to settling for last. This is unlikely to happen here.

Much appears to be in the favour of this eight-year-old son of Silvano. He jumps from a good No 1 draw and is the best handicapped runner in the race. And although he will have to shoulder a heavy 61.5kg – his class should see him through.

Punta Arenas is a seasoned runner, having faced some of the strongest horses in the country and held his own. He reunites with Ian Sturgeon who knows him very well and has won on him before. He showed a liking for the Scottsville surface one run back and wasn’t disgraced in that attempt when only 0.50 lengths shy of the first place position behind London Call.

His biggest danger should come from ultra-consistent three-year-old gelding Amazon King who is on the up. On his last run he has Sean Tarry’s charge Rikitikitana held on form. Amazon King was 0.60 lengths ahead of Rikitikitana in their last encounter. He shoulders a modest 55.5kg (1.5kg less than Rikitikitana) and will jump from a decent No 3 draw which should increase his chances.

This Duncan Howells-trained son of Kahal ran on well last time out and the bump up to 1600m could be exactly what he needs.

The meeting features a Pick 6 Megapool carryover of R300,000 with an estimated pool of R1,8 million.