Lerena to jet into the winner’s enclosure at Fairview

Lerena rides Justin Snaith-trained Jet Explorer in Race 4, a Pinnacle Stakes over 1600m on the turf. 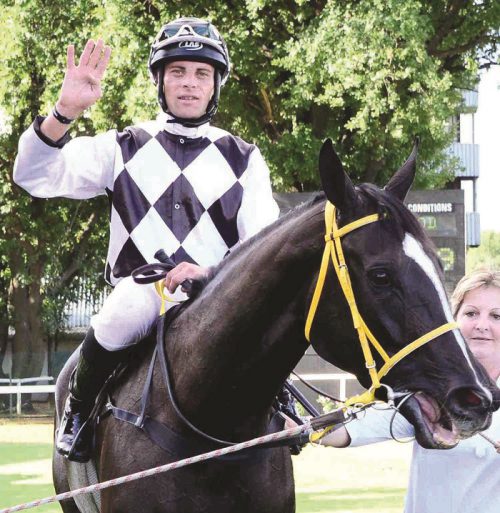 At the time of writing he leads the winners’ log by six and looks set to extend his lead at Fairview on Friday. At the rate he’s winning races – much like Chelsea – the title this year could be his to lose.

Lerena rides Justin Snaith-trained Jet Explorer in Race 4, a Pinnacle Stakes over 1600m on the turf. This son of Jet Master returns from a short 67-day rest and on paper rates the one they all have to beat. Although very honest, Jet Explorer has proven rather costly to follow over his last four runs but should redeem himself here.

He wasn’t disgraced last time out when running on extremely late to snatch second, only 0.75 lengths behind Blarney Bay. That run is a clear indication the return to 1600m should prove healthy for him. He’s won four races over the trip and could be returning to winning ways.

He jumps from a good No 6 draw and will shoulder 62kg. This eight-year-old gelding is having his 46th outing so experience should play in his favour. Jet Explorer is the second best handicapped runner behind another Snaith-trained runner, True Master who will renew rivalry with his stable mate.

The two have had interesting races together – should Lerena’s mount fluff his lines True Master and jockey Luyolo Mxothwa will surely be there to pick up the pieces. Interestingly enough, over their last four encounters True Master has come out the victor on three occasions so warrants respect. He’ll shoulder level weights with Jet Explorer but will have to overcome a wide No 11 draw which could prove his biggest disadvantage.