Get the Social Order right

French Navy is back to a more suitable distance and should win Race 4. 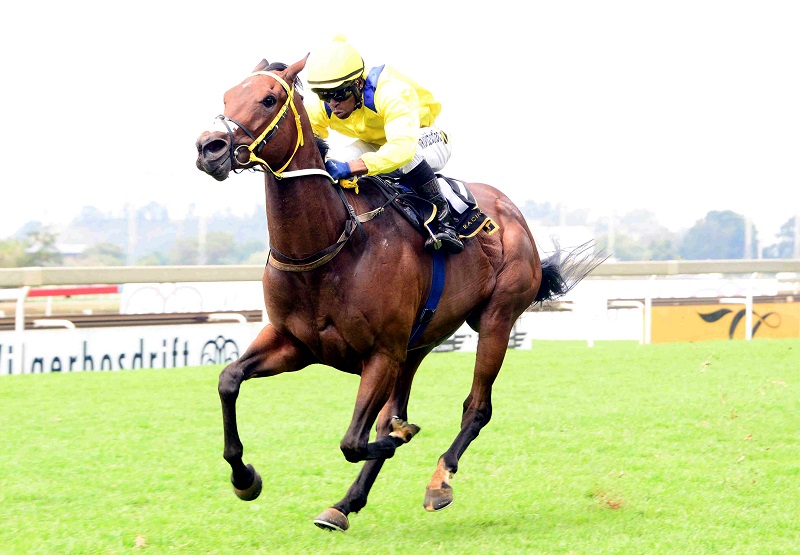 The final fields for the R2-million SA Classic and Wilgerbosdrift SA Fillies Classic next weekend are out and it looks like we’re going to have some nice, competitive racing.

The Classic has a small field, but it’s a quality line-up and it’s going to be difficult finding the winner.

I’m riding Janoobi, winner of the Gauteng Guineas over 1600m and as such the only horse in the field with a chance of winning the Triple Crown. The Cape Guineas is the joint first leg with the Gauteng Guineas and winner William Longsword is not running in the SA Classic, the second leg.

However, the 1800m of the Classic is a bit of a worry because Janoobi can sometimes be quite keen and he’s got a lot of speed.

Being realistic, it’ll be tough to win the Classic because the horses who finished just behind Janoobi, like runner-up Al Sahem and third-placed Heavenly Blue, look like they could be more effective over the longer distance.

We’re naturally hoping for improvement with Janoobi and there is a chance he will get the 1800m, but obviously the 2450m of the SA Derby – the third leg of the Triple Crown – is an even bigger concern. Let’s wait till after next weekend to see whether the R2-million Triple Crown bonus can be won again this year.

Just Sensual, who won the Cape race, is not going for the Triple Tiara, but Wilgerbosdrift Gauteng Fillies Guineas winner Smiling Blue Eyes looks like she’ll enjoy every meter of the extra distance in the Fillies Classic.

She came from a wide draw, raced wide all the way around and won the Fillies Guineas with ease, so could be hard to beat in the Fillies Classic.

I’m riding Babbling Brooke, who is held by Smiling Blue Eyes, but will also be more effective over the 1800m and, in fact, should love the 2450m distance of the SA Oaks.

On Saturday we’re racing on the Turffontein Standside and the meeting kicks off with a 1160m Maiden Juvenile Plate.

Of the raced horses, Mr Fire Eyes looks the one to beat. However, there are many unraced horses and you should probably follow the betting.

Race 2 is a 1400m Maiden Plate and I’d probably favour Sylvan On Fire, who’s had one run to date, in which she placed. She now has the benefit of draw No 1.

Her danger is probably Oh My Darling, who is coming off a 259-day rest. She finished 3.50 lengths behind Safe Harbour in her only start to date. The winner makes that form look very strong but the other horses who competed in that race have not proven to be that talented.

I’m riding Girl With Ambition, who was well beaten in her debut behind a smart filly called Simply Royal. Unfortunately, she might have issues because her jockey reported she changed legs that day. We’ll learn something from this run.

In Race 3, a 1400m Novice Plate, we’ve got a possible banker in Social Order, who was a handful at the start of his debut last time out and with a repeat, could well fluff his lines.

However, he won with consummate ease and the experience should have benefited him, especially throwing in a good draw this time. His only danger is, possibly, Ben Shea, even though he didn’t beat a quality field last time, but that was his very first outing and all he could do was win.

There is another potential banker in Race 4, the Colorado King Stakes over 2000m, French Navy.

He’s the highest-rated horse in the race and his last start was over a distance way too short and he jumped from a bad draw. His main danger could be Deo Juvente, who I’ve heard is working very well.

For the Pick 6 those two should be sufficient but if you want to go a bit wider, the only other possible winner seems to be Brazuca. The other runners look well held on merit ratings alone. I’m riding Samurai Blade and all I can hope for is a place.

Race 5 is the Oaks Trial over 2000m and this is quite a competitive fillies’ race with many of the runners still on the upgrade. My selections are Belle Rose, Street Gaze and End Game. I rode End Game last time out when she showed severe discomfort and the run can be completely ignored. Others to consider are Wind Chill and Balalaika but they have difficult draws to overcome. I’m riding Emily Jay, who is held on form but is a progressive filly who can hopefully make enough improvement to be competitive.

Race 6 is the Derby Trial over 2000m for three-year-old colts and geldings. Most of the runners are lightly raced and can improve, making this a tough race. The main contenders in order of preference could be Alaadel, Arlington, Pagoda and Whosethebossnow.

Place Accumulator players should pick any three, or consider all of them. For the Pick 6 consider also including Last Outlaw, Hieronymus and Stunned.

The 1160m Senor Santa Stakes is Race 7 and this also looks quite competitive. My selection at good value is Doing It For Dan. He’s been running over distances a bit too short for him but if he behaves at the start, he is an obvious runner.

Others to consider for Place Accumulator perms are Champagne Haze and Splendid Garden. For the Pick 6 put in as many runners as possible, starting with Talktothestars, Bull Valley, African Ruler and Dollar Dazzler. I’m riding Will Pays, who has had some issues in his last three runs, which has to be a concern.

Race 8 is the 1160m Sycamore Sprint for fillies and mares and once again we’re faced with quite a competitive field. My selections are She’s A Dragon, Al Danza, Joan Ranger, Shaama and Old Em.

Choose as many of those as possible for Place Accumulators. I’m riding Joan Ranger, who has been running really well over 1000m in her last two starts and I do prefer her chances over this distance because even though she shows speed, she has no acceleration. Pick 6 players should consider making this a field race.

Race 9, a 2000m Maiden Plate, has another possible banker in Starpath, but as he has a shocking draw to overcome, Place Accumulator punters should probably include either Magic Sword and Domenico Angelo as backups.

The three should suffice for the Pick 6. I’m riding Houston Rocket, who apparently could need the run after a rest and being gelded.