Assisting your in-laws to get along

When you don’t agree with their suggestions, be respectful and let them know that you and your spouse will discuss it. 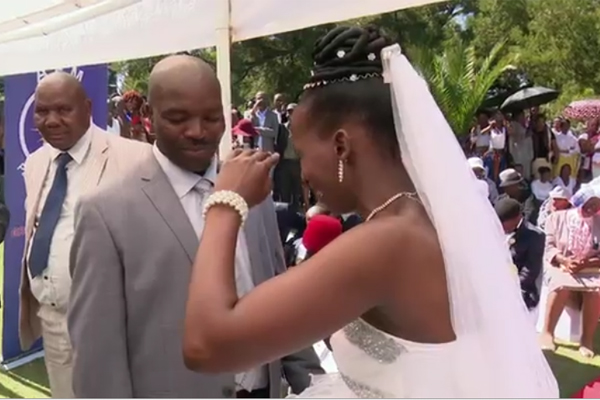 Standing at the altar and saying “for better or for worse” is no joke or a mere formality. It is vows like these that one has to remember when the smooth sailing in a marriage comes to a halt and in-laws become a thorn in your side. Fights between in-laws can put pressure on any marriage, so it’s best to know how to tackle fighting between your parents and the parents of your spouse.

By the time you took those vows in front of people, you promised to put your husband or wife first. This is the primary person in your life; a person whose needs are a priority to you, hence their love for their family is important to you as well. Clinical psychologist Kabelo Moloantoa says when your wife or husband’s family has issues with your family, you need to remember that these people are important to your spouse and step in to fix matters.

“This will not be an easy task as in-laws can be difficult to please and judgemental, but an attempt to work issues out indicate to your spouse that their loved ones are as important to you as they are to him or her,” he says.

“Lack of clear boundaries can lead to in-laws not knowing their place in the married couple’s lives and lead to unnecessary clashes that could have been avoided,” Molantoa says. He says: “Good walls make good neighbours,” advising further that a husband and wife should discuss the role they want their in-laws to have in their lives.

“Be specific about where you both draw the line because too much involvement can cause more harm than good and result in the in-laws competing for having the final word on issues involving your marriage.”

Molantoa says a married couple should always remember that their families know only what they tell them. “Because of this, it is important to guard what you say about your husbands or wife’s family to your own family. Instead you can use this to your advantage by speaking well of your in-laws to your family and allowing them to see them in a positive light, helping shape a more positive relationship between your family and your in-laws.”

Molantoa says “certain issues with the in-laws are worth solving only with your spouse and not include both your families.”

“Marriage is another form of growth that forces you to make decisions with your better half and nobody else. It’s a union that forces a person to grow a backbone and stand by their partner,” Molantoa says. He says both husband and wife need to get to a point where they make decisions on their own without consulting the in-laws. “Less involvement of the in-laws in the married couple’s affairs means fewer encounters with each other and fewer clashes that can negatively impact on the marriage,” Molantoa adds.

“As a partner, be understanding that your mother-in-law will always be a part of your life and some of her thoughts might influence your partner, but never in a million years force your partner to choose between your marriage and his or her family,” Molantoa advises, adding that it is crucial that you be considerate that their mother has had an influence on them most of their lives and detaching from that can take some time.

Molantoa says sometimes you just have to agree to disagree with the in-laws and leave it at that. “When they have suggestions that you don’t agree with, be respectful and let them know that you and your spouse will discuss it and come to a final decision you both agree on.” He says it is important not to lose your temper when addressing your in-laws.