Documentary inspired by travels on a luxury Rovos Rail train. 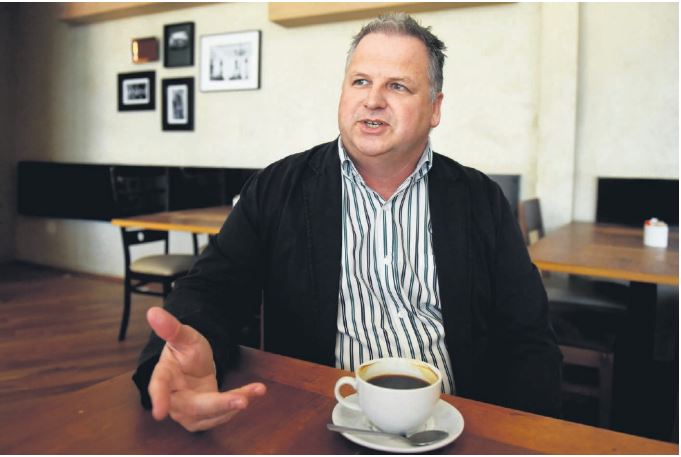 DETERMINED. Documentary filmmaker Deon van Zyl chatting about his documentary, My Life on the Tracks – The Rohan Vos Story, which tells the story of the founder of Rovos Rail, Rohan Vos, and his journey in creating Africa’s largest private railway. Pictures: Neil McCartney

When local producers refused to share knowledge on film-making with a then wannabe filmmaker, he sought assistance from Hollywood, where he obtained tutorials from famous producer Julia Verdin, noted for films like The Merchant of Venice and Stander.

Additionally, Deon van Zyl, 49, received mentorship in cinematography from world-renowned cinematographer Shane Hurlbut ASC, recognised for films such as Need for Speed and The Greatest Game Ever Played.

With the knowledge he acquired in Hollywood and the R150 000 from his retirement package, Van Zyl produced a 21-minute documentary entitled, My Life on the Tracks – the Rohan Vos Story.

The documentary, which took him a year to complete, was recently nominated among the list of over 100 entrants from around the world for the Hollywood International Independent Documentary Awards (HIIDA).

“Although the run time is only 21 minutes, it took a year to put into final production, mainly because when I started, I never knew how to make a film.

So I learnt as I went and I made lots of mistakes along the way. But I also learnt a great deal and the more I learnt the more I wanted to learn and my passion for making films just grew and grew. I never stopped learning and probably went overboard at times but I loved every minute of it,” says Van Zyl.

Van Zyl says travelling by a luxury Rovos Rail train, back in 2007, inspired him to document the Rohan Vos story. In the documentary, Vos, the CEO of Rovos Rail, tells “his remarkable story in his own words, sharing some intimate and personal stories in vivid detail never told before.

Intimate interviews with family and employees add authenticity to this timeless piece of African rail history”.

Van Zyl says: “While many documentaries have been made about Rovos Rail itself, featuring the train and the respective routes, none have been made that tells the story of the life of the man behind the train and his story is a remarkable one … and this is where I really got to appreciate that filmmakers are ‘storytellers’ and just how important our role in the world really is.

This is a story I knew just had to be told.” Detailing his journey in the filming industry, Van Zyl, a qualified engineer, says he worked as a project manager for more than 20 years, and when he was retrenched from his job last year, filmmaking was a passion he wanted to pursue.

“But I never knew anything about making films so I got together some names of people in the industry and called them up and asked them for help. I learned very quickly that those in the South African film industry don’t easily share their knowledge. No one was prepared to offer any assistance.

“One day I just sat down and thought that, if this was my passion, surely I owed it to myself to learn from the best and decided I would look to the US. And I did … Hollywood,” recalls Van Zyl.

In Hollywood, he obtained a producer’s certificate under the tutorship of Verdin and 25 weeks’ mentorship from Hurlbut. “I think I realised, however, that cinematography is a fine art and would take years to master, so a lot of the stuff just went over the top of my head. It was extremely technical and just like they do it in Hollywood … it was huge. Bigger than anything I have ever seen and probably will ever see again.”

He then decided to focus on indie filmmaking (films produced outside of the major film studio system), and it was during this journey that a band of filmmakers and a storyteller in Portland, Oregon, known as Stillmotion, taught him how to tell stories.

Stillmotion offered him “a place as a pilot and together with a team of filmmakers, journalists and teachers from all over the world, we piloted and helped develop Muse, a complete storytelling programme that helps everyday people like me and you, create master stories.”