Unathi on her ancestral calling, ‘beef’ with DJ Fresh and why she left Metro

'I pity them. There is a school of radio, and we love each other, and we are obsessed with radio.' 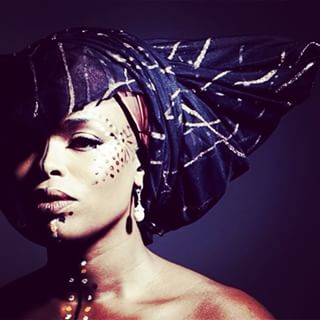 Former Metro FM presenter Unathi Msengana has finally revealed why she left Metro FM in an interview with Gareth Cliff on Tuesday. Speaking to Gareth, Unathi said she had been “living” since leaving Metro FM last month after being with the station for 10 years.

On why she left, she said: “I was just on some ‘I don’t like what is going on right now, and I am not going to put up with it anymore because I am actually great at what I do.

“It’s knowing when to bow out graciously and gracefully; knowing when to be appreciative of the success. It was 10 years on Metro, six years on breakfast drive. They gave us two specific mandates when we joined the show: to double the figures, which is what we did and to make our breakfast show the number one on Metro and the country,” she told Gareth.

It was just a good time for her and Glen Lewis to bow out and say good bye to the station, she said.

“I pity them. There is a school of radio, and we love each other, and we are obsessed with radio, and it is all we talk about when we’re together,” she said.

Unathi further addressed rumours that she had beef with DJ Fresh, saying she did not even understand why people would make such claims.

“Things aren’t as dramatic as people make them out to be,” she said.

On her traditional rituals that she used to perform once a year, Unathi told Gareth that she now has to do them more than once a year, as she had “become a lot more spiritual”.

“It’s in the universe and already have made a way of such journeys that I have to take. I’ve had to accept more responsibilities spiritually, and it’s part of the journey – a beautiful journey.”

She further revealed that her ancestors had been calling her, but that she knew her responsibilities.

“It’s a journey that gets stronger and more intense as you get older. I know mine will only fully develop in my third phase of womanhood.”

She’s on her second phase now, so she still has more time to focus on other things before her calling fully develops.

Gareth Cliff: Somizi is 44, but sleeps with much younger men

WATCH: Unathi talks 'imbokodo' and hurting abusers by hurting their pockets
2 months ago
2 months ago

WATCH: Unathi talks 'imbokodo' and hurting abusers by hurting their pockets
2 months ago
2 months ago