What to watch on TV this weekend: Angelina Jolie is magnificent in ‘Maleficent’ Keep reading for some of the best series and movies to keep you entertained.

Season four of comes to an end this week so don’t miss the season four finale.

Fans will be treated to a special one-hour episode and from the looks of the trailer, it’s going to be an unforgettable viewing experience.

In the finale ‘Closing In’, Thato’s lofty dreams get tempered by a hard dose of reality. The police scramble to arrest Kagiso while the Khozas are focused on dealing with an old enemy. What if an alien crash-landed on Earth but instead of becoming a superhero, he became a sinister unstoppable monster? The crazy duo of Will Smith and Martin Lawrence return as Mike Lowrey and Marcus Burnett in this sequel to Bad Boys.

This time the two loose-cannon Miami detectives are investigating the shipping of ecstasy into Florida.

Their search leads them to a dangerous Cuban drug lord who is planning to control the city’s drug trade. 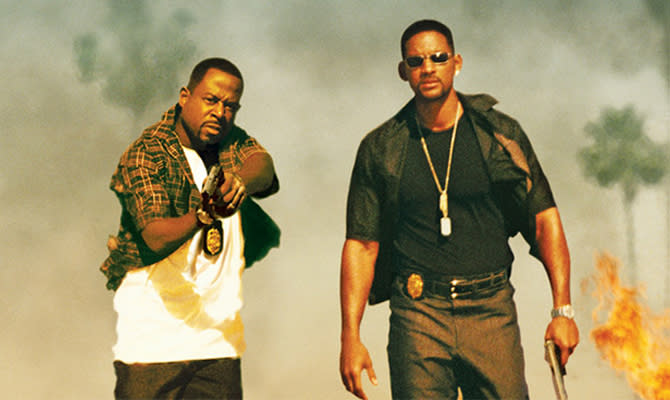 Looking for a new medieval fantasy series to stream on Netflix?

Armed with mysterious powers and a legendary sword, young rebel Nimue joins forces with charming mercenary Arthur on a mission to save her people.

Cursed has been trending on Netflix South Africa’s top 10 list since it was released on 17 July 2020.

Oscar-winning star Angelina Jolie takes on the iconic role of Maleficent in this spectacular reimagining of the villain from the classic fairy tale Sleeping Beauty.

Maleficent is a kind-hearted fairy, who is deceived by the love of her life, Stefan. She places a curse on his daughter, Aurora, in order to exact revenge.

A sequel to the 2014 film was released in 2019 titled Maleficent: Mistress of Evil with Angelina Jolie returning to portray the title role.