In the 12-minute video, Sjava chronicles how his relationship with Lady Zamar started, admitting he was in a relationship prior. 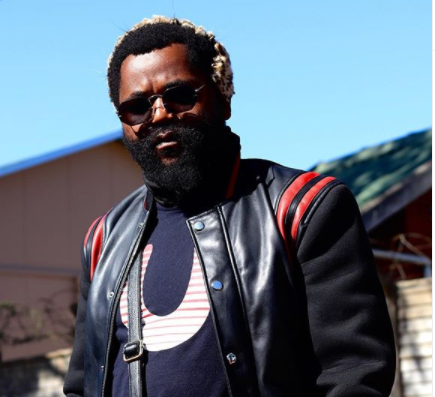 Nearly six months after it was revealed that Lady Zamar laid a case of rape against singer and former lover Jabulani Hadebe, popular known as Sjava, he has released a video statement describing his story of their relationship.

In November 2019, Lady Zamar laid a case of rape against Sjava which was only made aware to the public in March this year. She alleged she was raped by the accused after the two performed at the Royal Heritage Festival in Limpopo in 2017.

Sjava first responded by sending a letter of demand to her in November after she had accused him of abusing her following one of his shows on October 27, 2019. He then laid a defamation case after Lady Zamar opened a rape case.

This is not just the many contentious issues of the former couple. Lady Zamar also claimed when she got involved with Sjava while he was a married man.

ALSO READ: Sjava says ‘I did not rape her’, accuses Lady Zamar of dodging defamation lawsuit

“Your precious Zulu man is a liar and a cheater. Cheers to every person that didn’t believe me when I told them that that nigga’s married,” she said.

Sjava has now released a 12-minute video of how the rape allegations have affected his career, losing gigs and TV roles.

The artist said he noticed his silence confused people as many people didn’t know what was going on and wanted answers from him.

“When we started our relationship in 2017, I told her I had a girlfriend, she understood that. But, when time went by she changed her mind and told me to pick who I wanted to be with. That’s when our problems started, our relationship was a lot of things, I could say each of us were not happy in the end.”

Sjava said he was very invested in his music career at the time and admitted he didn’t have the time for a relationship.

There were many media reports that claimed he was married and had a child.

“I am not married, nor have I ever been married and also I do not have a child too.”

He apologised to Lady Zamar for the hurt he caused during their relationship and for the backlash she received for telling her side of the story.

“In our entire relationship, I was not made aware or remember when she expressed that she was afraid of me or if I did something she did not like. I have never been abusive, I even say on stage that I am against child abuse, women abuse, even alcohol abuse… It hurts that you (Lady Zamar) would use that against me…

He said the defamation lawsuit is a way to defend himself, to allow him to tell his truth. However, he revealed that the case is at a standstill, adding he is not receiving any feedback from the police.

Sjava explained that due to this he is currently not working and the allegations against him have hurt his career.

Sjava’s video statement was much talked about on social media, with tweeps very divided by his words.

Not Sjava saying there is a spiritual war to bring men down. It must be crack

Are y’all ready to discuss this or not!??#ladyzamar #Sjava
People are just okay with ruining lives nje ???? pic.twitter.com/Gfq4Sm6IVc

South Africans will tweet “Men are the real pandemic in this country” and then a minute later be tweeting how sympathize with rapists like Sjava. When I say I’m tired

If Sjava is proven to be innocent, then Lady Zamer should be subjected to the same punishment.