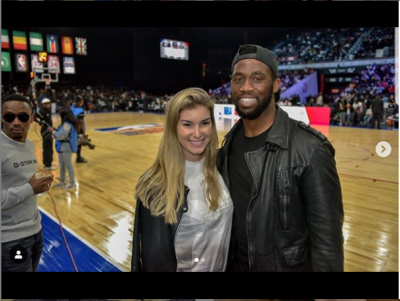 The captain of South Africa’s national rugby team, Siya Kolisi, and his wife and co-founder of the Kolisi Foundation, Rachel Kolisi, are working together to produce a short film to be premiered at the Pan African Film Festival from 28 February to 14 March.

The power couple’s stage play turned short film will be focusing on the gender based violence and titled “We Are Dying Here”.

The original story for this short film belongs to South African writer, performer and director Shiphokazi Jonas, who performed the play during lockdown last year.

The play became internationally recognised and was mentioned in “TimeOut New York” as one of the best productions to stream during the lockdown period.

The short film is the response of three women, namely spoken word artist Hope Netshivhambe, singer Babalwa Makwetu and Shiphokeazi Jonas, to the prevalence of the violent culture of harassment, abuse, rape and femicide that women face daily in South Africa.

Although the film does not show any form of violence, the aftermath of the GBV injustices these three women have gone through is evident through their psychological and emotional traumas.

Rachel took to her Instagram page to share the exciting announcement of the short film. In the post she and hubby Siya are watching the trailer of the film together for the first time.

She captioned her post: “We couldn’t be more proud to have partnered for a short film that is massively impactful and needed now more than ever! The film is a South African short film based on the stage production #WeAreDyingHere. We can’t wait for all of you to see it!”

Siya said: “There is a lot that can be explained. The narrative of the film also teaches you that gender-based violence doesn’t start with the violence, but the whole thought process. The film encompasses a lot of educational learnings for us as men.”

Jonas also shared some of her thoughts on the film.

“I am tired of feeling helpless and afraid as a woman in South Africa. Before work began on creating “We Are Dying Here”, I  felt as if art has no real place in terms of true change in the world, but a fellow writer reminded me that our work gives us language and helps us to articulate ourselves and that’s what we hope it will elicit.”

READ NEXT: Kolisi wasn’t signed up because of Roc Nation – Sharks boss

Kolisi: 'Boks will throw everything into this Wallabies game'
4 days ago
4 days ago

Kolisi: 'Boks will throw everything into this Wallabies game'
4 days ago
4 days ago