South Africa is gatvol, but complacent

The country, its state capture soap opera along with Covid-19’s ripple impact, is pushing many South Africans to the edge. 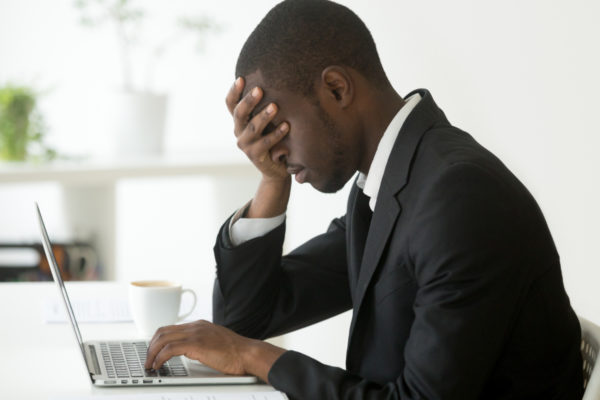 Has South Africa become complacent with the immense stress that citizens face daily; from crime to Covid, we are not okay. Picture: Shutterstock

This year we celebrate 13 years of load shedding, an official unemployment rate of just over 28% as measured last year with our economy settling into its 14-month-old junk status.

Just over a year and a bit ago, the Western Cape had its controversial Day Zero kak-o-meter. It has been over a year and a quarter of lockdown. The third wave of Covid-19 infections arrived officially this past weekend when President Cyril Ramaphosa’s family meeting told us it so.

While most official crime statistics for the first three months showed a slight decline, many South Africans live in constant fear of being harmed or stolen from. Food inflation has rocketed, increasing by just over 6% in April this year, this while many South Africans had either taken a sustained salary cuts or lost their jobs during the stretch of the pandemic. The country, its state capture soap opera along with Covid-19’s ripple impact, is pushing many South Africans to the edge.

Johannesburg-based psychologist Louisa Niehaus says that the constant barrage of crime and violence has had a severe impact on South Africa’s people. “Exposure to persistent and high levels of crime and violence can lead to a correlation in high levels of anxiety, fear and aggression,” she says, and that “these have a cascade effect resulting in hyper vigilance and hyper arousal”.

Hypervigilance means that one is constantly on guard, anticipating the next threat and hyper arousal is a state of alertness and agitation, resulting from being in a constant state of vigilance.

“This means that people display behaviour that is edgy, unpredictable and sometimes wholly out of context to the situation at hand. One may find that there is an increase in road rage, inappropriate levels of anger to small incidents or a tendency to forget our humanity and that of others,” says Niehaus.

“For example, acting out, or taking out one’s frustrations on a minor transgression such as someone walking on the wrong side of the road. It may also be evidenced in low tolerance of mistakes and a general dismissiveness and criticism towards anything perceived to be negative.”

In fact, South Africa has become so gatvol of crime that a student at the University of Cape Town, Leen Remmezwaal, put together a dataset to start analysing and eventually predicting levels of gatvol in the nation in October last year. On his profile page he says that he aggregated raw data from load shedding app EskomSePush, Water Restrictions, Covid-19 starts and other electricity input data to measure this.

Remmezwaal said he planned to introduce additional statistics like unemployment, for example, at a later stage. His first analysis shows that, in short, we are really fed up.

Even without a full dataset, the levels of fed-up already exceeded tolerable levels. The Global Happiness Report ranked South Africa at 103rd out of 149 nations, so at least we are happier than citizens of Afghanistan, Zimbabwe and Venezuela, among others.

Yet apart from the odd protest march or political rhetoric, citizens of South Africa seems strangely paralysed and complacent by their circumstance. Under lockdown, we have become even more accepting of our fate, it seems.

“With both habituation and complacency, there is a risk that we become distanced or even inured from noticing decline and becoming disinterested in taking a stand,” says Niehaus.

“Within this complacency, we begin to behave differently, even if it is to simply do nothing, as opposed to acting and in so doing, we acquire new behaviours that adapt to the status quo. This new behaviour can take on the form of acquiescence or blindly accepting challenges and erosion (of our country).”

Add the coronavirus and she says that “living under Covid conditions has made many people lethargic and lackadaisical, with little impetus for self-discipline or a return to routine. We seem fed up but have little motivation to address these issues.”

Then in addition, “contending with changes in the economy, changes in our personal lives, such as financial difficulties, working from home, home schooling and added pressures on our personal lives. Then there is the added challenge of the changing fabric of social life. All of this leaves little time to engage in anything other than tending to our immediate and primary needs. So, in South Africa we may become both paralysed and gatvol because in essence, we actually have no capacity to take on more than what we are currently trying to deal with in our own lives.”

We have become fatigued, some of us are suffering from burn out. Niehaus says that during lockdown and now, the new-ish South Africa-normal, it has been an epic feat to manage our entire lives from home “and for many, who have been unable to work or who have lost their jobs, it’s been devastating. It has been an extraordinary challenge to have work, schooling and our relationships collide with no opportunity for distraction or diversion. In general, we never face such a period of enforced introspection unless we choose to go on a retreat, or we go to jail.”

She continues and says that for some people, this level of social withdrawal is torturous and has brought to the surface issues, such as a bad relationship or addictions, being a workaholic or an inability to spend time alone.

“These may have been kept at bay by various distractions such as work, travelling or socialising.  In addition, there has been an added dimension to lockdown and that is the emergence of differing ethical choices in South Africa. It has been a surprise for some people to find that their partner, family members, friends, work colleagues have differing views on the etiquette of social distancing, vaccinations, mask wearing,” says Niehaus.

“This has made for an added dynamic which has further contributed to our already fraught lives. However, for some period of reduced social interaction, a withdrawal from the rat race and a focus on the seemingly small things has introduced an element of comfort and reassessment of what is important.”