Prince Edward admitted it had been rather difficult for everyone since Meghan and Harry stepped down from royal duties. 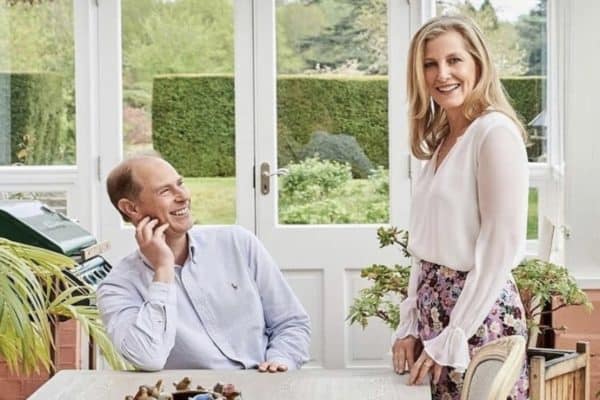 Meghan Markle’s father, Thomas Markle, is desperate to see his granddaughter, Lilibet. Prince Edward has given an update on Queen Elizabeth’s well-being since the death of her husband, Prince Phillip, and Meghan Markle tries to make a difference in the literary word by donating copies of her book to libraries and schools across the US.

Prince Edward was interviewed BBC News in which he spoke about queen Elizabeth’s well-being since prince Phillip’s death. Edward said the Queen was coping remarkably well and feels that with how busy she has been over the past weeks, it’s been helping fill the void.

“I  think that it was a fantastic partnership, but over the last couple of weeks life has got considerably busier. Things are beginning to open up more. There are more activities, so weirdly that sort of fills any particular void,” he said.

Edward admitted that things had been difficult for everyone since the Dutch and Duchess of Sussex stepped down from royalty. Relations between Meghan, Harry and other members of the royal family have remained tense, especially after the explosive television interview with Oprah Winfrey in March.

In an interview with CNN, Edward shared the sympathy he has with the tabloid pressures the Duke and Duchess have faced over the months, but added they have been there before and dealt with it in different ways.

ALSO READ: Royal update: Harry and Meghan ‘did not ask Queen to use Lilibet name’

Meghan will be donating 2,000 copies of her children’s book

Meghan Markle announced she will be donating 2,000 copies of her children’s book, The Bench, to schools and libraries across the US. This is a part of Meghan’s desire to nourish local communities.

The Bench is based on a poem she wrote for husband Harry on Father’s Day following the birth of their first child, Archie.

Kelly Khumalo on women 'stealing' men: 'I am going to beat the living daylights out of you'
10 mins ago
10 mins ago

Katlego Maboe continues his fight against ex-lover, GBV organisation
23 hours ago
23 hours ago

Kelly Khumalo on women 'stealing' men: 'I am going to beat the living daylights out of you'
10 mins ago
10 mins ago

Katlego Maboe continues his fight against ex-lover, GBV organisation
23 hours ago
23 hours ago