Social media has a huge influence on body dysmorphia. 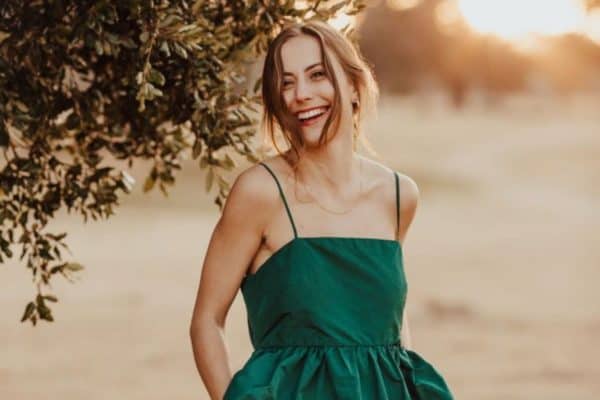 Mila Guy’s 7de Laan character, Lana Basson recently returned to Hillside only to have everyone congratulate her on being pregnant, while she’s not. She only picked up some weight after having been through a rough time.

In the meantime, Mila has been hosting virtual conversations on Instagram to shed some light on body dysmorphia – something she believes we all suffer from at some point. The struggle of having to answer to others when it comes to your body and your inner conflicts is not just something from a soapie – it’s reality.

What is body dysmorphia?

Mila’s definition of body dysmorphia is that you struggle to see what you really look like. She says it’s a delusion you have of yourself.

According to Mila, even though it’s not easily solved, body dysmorphia is something that can be managed through the way we communicate with one another.

How to know you’re suffering from it?

Mila believes everyone suffers from body dysmorphia in a way – even men. “I think it’s when you fit into the number 6 or 8 pants, but you keep thinking you’re a larger size.” When the question, “how do I look?” becomes an obsession, it poses as a red light. Mila says she believes that the reason for women not seeing themselves the way they should is because they are constantly being compared to other women and they are bombarded with media suggestions on what they should look like.

Social media has a huge influence on body dysmorphia. After Mila lost a lot of weight last year, she says many people started commenting on her body. Some said she was too thin, others said she looked good.

“I realised that everyone had an opinion about it, and I did’t even know how I felt about it.” Mila lost weight after a breakup and emphasises the fact that people don’t always know the trauma you had to endure, yet somehow, they still have the power to make you think that you need to look different.

“The way we talk about each other’s bodies is a huge thing we need to change as women… I think it is so dangerous to comment on someone’s body.”

“I think every person should find a way to feel comfortable in their own bodies,” says Mila. She says that it is important that you find a healthy way to reach your body goals. “You just need to find your healthy diet and decide whom to listen to.” She believes that the podcasts you listen to and the series you watch have an influence on these decisions and that you need to be careful. Not to mention social media. “What TikToks are you watching? Whom are you following on social media? With whom can you talk to about your body?” Mila says that social media places immense pressure on women, especially on teens.

One would think that Covid-19 had a negative effect on people suffering from body dysmorphia as social media and Netflix were the main entertainment for many. Mila says she thinks it went both ways. “I think many people practiced more self-love, because they were at home and they could read and exercise more.”

She says they had more time to get to know themselves again. At the same time, she says young people who can’t socialise with their friends and now only have social media, are overwhelmed with what the media says you should be and look like.

How to treat and overcome body dysmorphia