His attempts to speak Zulu at the Nkandla rally has led to much criticism and mockery on Twitter. 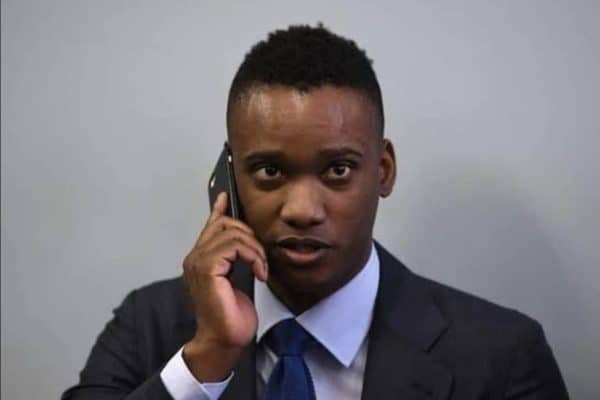 Duduzane Zuma’s may have ammased a legion of female followers during previous public appearances, and through his viral social media posts, but now it appears his attempts to play in his father’s field has made some of them lose interest.

Jacob Zuma’s son was spotted in the large crowd of people outside the former president’s Nkandla home at the rally yesterday in support of his father who has been sentenced to 15 months in jail.

The 36 year old arrived at the rally around 11am holding a banner with his father’s face on it and leading the masses of Zuma supporters camping outside the road to Nkandla. The supporters were all dressed in ANC regalia, many of which had Zuma’s face on it.

Duduzane decided to take the lead and lift the crowd’s spirits by singing struggle songs and reciting chants, a practice that has been done by comrades for many years, but the 39 year old’s posh accent and lack of the isiZulu linguistic flair his father so often demonstrates has led to his fans on social media mocking him.

Duduzane was born in Maputo, Mozambique and lived most of his life in South Africa. He went to Pretoria Boys High School and then furthered his studies at the Nelson Mandela University of Information and Communication Technology.

Duduzane, who has often been seen as somewhat of a sex symbol among fans, now has some of his followers wishing he had rather stayed quiet, after hearing him chant “niyaba saba na, hayi asibasabi siyabafuna”.

Here is what tweeps have had to say about the comrade’s “Woolworths accent” and his attempt to lead the crowd with Zulu songs and chants: