Among the lineup are medical doctors, attorneys, a pilot, environmentalist, models, graduates and students. 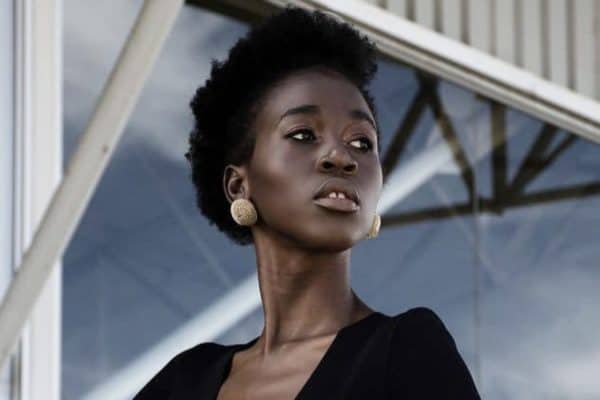 The judging panel of former Miss SA titleholders have picked their favourite entrants for this year’s Miss South Africa beauty pageant and compiled the final Miss SA Top 30 list which was announced on 6 July 2021.

Lehlogonolo, also known as Nolo, is a 24-year-old model from North west. She has a diploma in fashion design technology from the Tshwane University of Technology. The young contestant is also the founder and owner of the fashion brand, DeMollies.

The beautiful, young 30 contestants will embark on the journey of wowing the judges and South African voters to secure their spots in fighting for the title of Miss South Africa as the list is whittled down and the beauty competition becomes more intense with each phase and stage.

Among the 30 diverse and vibrant contestants are two medical doctors, an attorney, commercial pilot, environmental specialist, models, graduates and students. Some have started their own businesses, while others run charitable organisations. 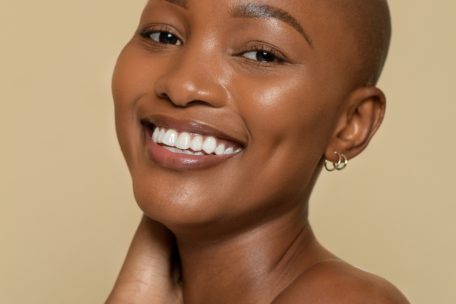 The 23 year old contestant comes from eMabedlane in Ulundi, Kwa-Zulu Natal, and is a final year homoeopathy student at the Durban University of Technology. In her spare time, she enjoys writing in her journal, reading, listening to music, dancing, going on solo dates and improving her makeup skills.

The 23 year old contestant is from Vanderbijlpark, Gauteng, and is working as an assistant teacher at a primary school while also studying for her PGCE teaching qualification. She also has a BA degree in psychology and sociology and honours degrees in psychology and medical sociology from North-West University.

The 22 year old contestant hails from Strand in Cape Town, has a bachelor of arts degree in marketing communications and is completing her honours in media studies. She is also a dance instructor as well as a business owner of her own swimwear company, She Succeeds.

The 23 year old contestant is from Constantia in Cape Town and in her final year of a BCom visual communications degree, majoring in graphic design. She is also a barre fitness instructor and full-time model with Topco Models. During lockdown she started an online business called Delish Bakery.

The 24 year old contestant comes from Meredale, Johannesburg in Gauteng, and is a commercial pilot and senior flight instructor in a managerial role at a flight school. She completed a digital marketing course with UCT online last year and is studying for her airline transport pilot licence.

The 26 year old Miss SA Top 30 contestant is from Kensington South, Johannesburg, and has a biomedical sciences degree, majoring in physiology, and a bachelor of medicine and surgery degree – both from the University of Witwatersrand. After a two-year internship at Chris Hani Baragwanath Hospital, she is now a community service doctor at Thelle Mogoerane Hospital in Vosloorus.

The 23 year old contestant hails from Seshego in Limpopo and is a full-time student completing her BTech/advanced diploma in project management at the Cape Peninsula University of Technology. She is also a part time junior site manager at an engineering company as well as a digital creator and freelance model. She loves seafood and her grandmother’s morogo.

The 23 year old contestant lives in Edgemead, Cape Town. She has a bachelor of social science degree from UCT and an honours degree in environmental and geographical studies from the University of Stellenbosch. She would love to meet Barbara Creecy, the Minister of Environmental Affairs, to discuss environmental challenges and how to create a sustainable difference to combat the destruction of our natural heritage.

The 24 year old Miss SA Top 30 contestant from Sea Point, Cape Town, is a full-time model and describes herself as compassionate, strong-willed and genuine. She credits her mom for being her role model who taught her to fight hard, love deeply and never to be afraid of being passionate about what makes you happy. In her spare time, she loves to do anything artsy, watch TV and play Texas holdem poker.

The 25 year old contestant is from Gqeberha in the Eastern Cape and is in her final year of a bachelors in human movement science degree at the Nelson Mandela University. She has a huge love of exercise and living a healthy, wholesome lifestyle. She wants to use her degree to motivate people to accept themselves and learn to love their bodies and fall in love with exercise and all its benefits.

The 22 year old contestant hails from Discovery, Roodepoort in Gauteng, and is an independent makeup artist. She enjoys reading books aimed at strengthening the mind and emotional maturity as well as inspirational material and says the best thing about South Africa is the nature of the people, its diversity, the culture, the food and the art.

The 22 year old contestant comes from Bochabela, Bloemfontein, and is a third-year student at the University of the Free State pursuing a BA in integrated organisational communication. In her spare time, when she’s not catching up on her reading, she loves spending time working on improving her makeup skills. Her aunt’s signature lasagne is her favourite food.

The 27 year old contestant is from Dorandia, Pretoria and is an admitted attorney working in the banking industry. She is also a part-time student studying for a qualification in taxation with the hopes of becoming a registered tax practitioner. Her role model is Chief Justice Mogoeng Mogoeng who she says has truly inspired her to strive to be an ethical legal professional.

The 26 year old Miss SA Top 30 contestant comes from Centurion, Pretoria. She is studying towards an LLB law degree and also runs her own company that deals with construction and the supply of goods and services. In her spare time, she goes to the gym, plays netball and loves trying out new recipes. She says her single biggest achievement was buying her first property this year.

The 24 year old contestant from KwaSokhulu, Richards Bay in KwaZulu-Natal, is a model and dancer and has a bachelor of law degree from the University of Pretoria. She describes herself as graceful, tenacious and meticulous and says she would love to meet Minister of Employment and Labour Thulas Nxesi to discuss ways of alleviating the growing unemployment problem.

The 24 year old contestant comes from Oskraal, Letlhabile in the North West and holds a diploma in fashion design technology from the Tshwane University of Technology. She works as a model booker at Invade Models and is the founder and owner of the DeMollies fashion brand. In her spare time, she volunteers at a local LGBTQIA centre, helping young people complete university and job applications.

The 22 year old Miss SA Top 30 contestant is from Plumstead in Cape Town. She graduated in hospitality management from the Cape Peninsula University of Technology, where she is doing her advanced diploma in events management. She likes watching documentaries, comedies and movies as well as trying out different restaurants. Her favourite meal is a medium-rare steak with mushroom sauce and a side of baked potato with melted butter.

The 25 year old contestant from Amanzimtoti in KwaZulu Natal is a PR and brand officer for a local radio station. Her role models are Basetsana Khumalo, “because of how she used the platform of Miss South Africa as the springboard to the rest of her life” and Priyanka Chopra Jonas, “a woman who grew up in a traditional home but chose the unconventional route”. She says her guilty pleasure is “ice cream at midnight”.

The 24 year old contestant lives in Bloemfontein in the Free State, but is representing the Eastern Cape, where her family live in Ntabankulu. She holds a bachelors degree in social sciences and majored in psychology and industrial psychology at the University of the Free State. Due to the high unemployment rate as a result of the Covid-19 pandemic, she decided to tap into her artistic side and start a picnic set-up business.

The 24 year old contestant is from Atholl, Sandton in Gauteng, and is a qualified medical doctor doing her first year of internship at Charlotte Maxeke Hospital. She is an aspiring plastic and reconstructive surgeon who would love to meet the Prime Minister of New Zealand, Jacinda Arden, as she is in awe of how she has handled the global pandemic and how she always puts the livelihoods of her citizens first.

The 27 year old contestant hails from Bryanston, Sandton in Gauteng. After obtaining a higher certification in journalism she went on to get a bachelors degree in business administration and media operations management. She is the co-founder of a marketing company called Swish EP, works as an account manager for a media and advertising company and is a netball coach at the weekends with Action Kidz South Africa. 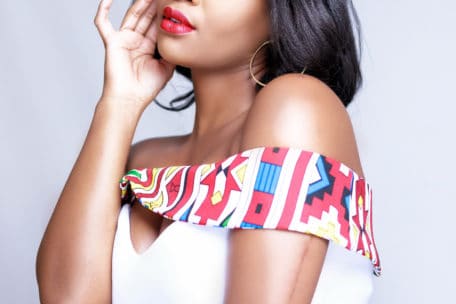 The 24 year old contestant comes from Mamelodi and lives in Centurion, Gauteng. She is a BCom law and LLB graduate doing her BCom honours and hopes to become an admitted legal practitioner. She says her single biggest achievement was being the first female president at her university, which molded her into the young woman she is today.

The 23 year old contestant comes from Soshanguve, Pretoria in Gauteng and is a third-year law student at Unisa. She describes herself as ambitious, passionate and fun and says her role model and person she would most like to meet is Naomi Campbell, because she is a very successful international model and activist who contributes to, and participates in, social inequalities in her own country as well as others.

The 24 year old contestant comes from Heideveld, Cape Town in the Western Cape and graduated with a BTech degree in public relations management from the Cape Peninsula University of Technology. She says the one thing people would be surprised to know about her is that she grew up a huge Worldwide Wrestling Entertainment fan and that her guilty pleasure is watching cat videos on YouTube.

The 23 year old Miss SA Top 30 contestant comes from Hillcrest, Durban in KwaZulu-Natal, and is a social media and digital marketing specialist. She says beauty pageants are more than just hair and makeup and outward beauty. She encourages women to embrace their unique individuality and to become successful businesswomen. The one thing she would like to change about South Africa is to put an end to gender-based violence.

The 22 year old contestant from Mulbarton, Johannesburg, is the owner of Tiffany K Models as well as a professional model and fashion design student. Her role models are her mom and late aunt, both of whom taught her the value of having resilience and empathy. Her ideal break would be a week in Italy with Frank Sinatra playlists, beaches and eating pizza for days on end. Her guilty pleasure is cheesecake.

The 26 year old contestant comes from Kestell in the Free State but lives in Maritzburg, KwaZulu-Natal. She holds an LLB degree from the University of KwaZulu-Natal and has also completed a year of her masters in advanced criminal justice. She is working as a criminal law defence candidate attorney at Legal Aid South Africa while waiting to be admitted as an attorney of the High Court.

The 26 year old contestant comes from eQonce (King William’s Town), in the Eastern Cape and is a student at the Nelson Mandela University in her final year of a BCom law degree. She says she has a huge passion for music and would love to study it one day and make music of her own. In her spare time, she loves to work out, sing and cook and her favourite meal is umphokoqo and umngqusho.