Mi Casa's J'Something and wife Coco are absolute couple goals as they celebrate their 10-year anniversary. Taking to their respective Instagram pages, the couple professed their undying love for one another after being together for a decade.

With a snap of both of them at Drake’s concert in 2012, Coco took to Instagram and wrote: “10 years of us. Happy Mjoloversary baby. Thank you for the best decade of my life. God has been so kind… Drake concert 2012.”

Like a happy husband, the musician also shared a snap of him and his queen, which he captioned: “Happy #Mjoloversary @cocodafonseca. What a milestone boo … I have literally spent a third of my life with you and I wouldn’t change a dam thing!

“Ups and down, smiles and frowns … all I see is beauty! Thank you for being so dam amazing and loving me the way you do,” he continued.

Since cementing their union in 2015, the couple was initially introduced to each other by Mi Casa band member Mo-T. At the time, they were both dating other people, however their paths crossed again later in life.

The couple, who keep most of their family life private, have a son together – who the musician dedicated his cookbook to in 2018.

Meanwhile, social media users can’t get enough of J’Something and Coco as the singer never fails to sing his wife’s praises while melting hearts all over South Africa.

In one of their most recent couple TikTok videos on social media J’Something shared a funny video of the couple lip-syncing to the viral “I’m hot like a heater” clip.

Talking about relationship goals, he also expressed his gratitude for Coco, making it clear that she is his best friend and that life would never be this amazing without her. Whether it’s heart-melting tributes or just rocking up with a bouquet of flowers, they are definitely one of our favourite celebrity couples and absolute couple goals 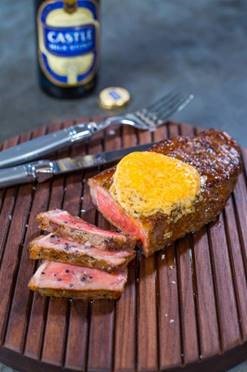 My Kitchen Rules SA: meet the new contestants
4 years ago
4 years ago

My Kitchen Rules SA: meet the new contestants
4 years ago
4 years ago