A proudly South African red velvet cupcake recipe from a talented young baker Calum Matthys. The classic ingredients such as buttermilk with a twist. 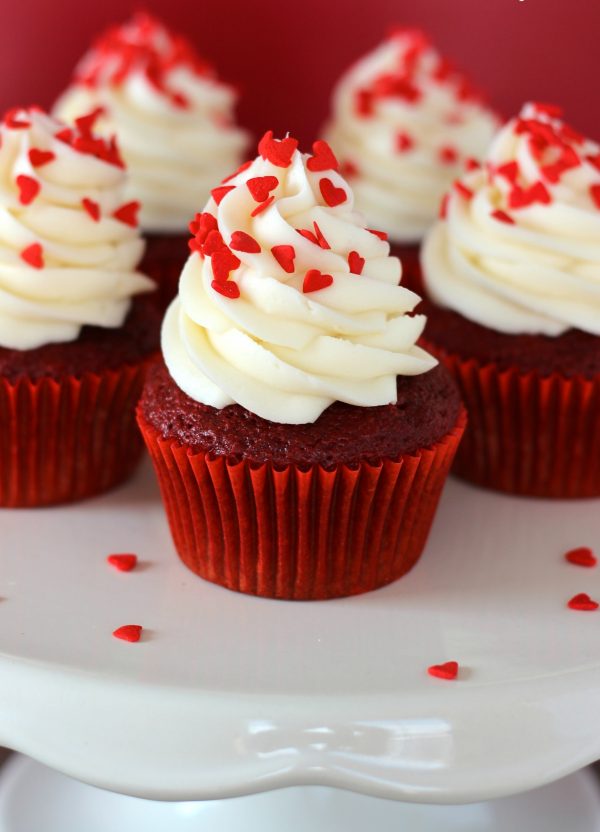 At just 20 years old Calum Matthys has always had a love for cooking and baking. In so far that his skills have been recognised at the One&Only Reaching for Young Stars competition.

He was a runner up in the Pastry Chef of the Year category for his ultimate Lancewood dessert dish – a deconstructed lemon meringue.

Here is one of his other favourite, Red Velvet Cupcakes.

Preheat the oven to 180°C and place cupcake cups in a cupcake tray. In a large bowl, sift the dry ingredients (castor sugar, cake flour, bicarb, cocoa powder), add butter and mix with your hands until you get a crumbly mixture.

In a separate bowl, whisk together the wet ingredients (eggs, cranberry juice, buttermilk, white vinegar) until well combined and add red food colouring till you get the desired colour.

With a mixer running on low, add the wet ingredients to the dry mixture and mix well until everything is incorporated.

Distribute the batter evenly into the cupcake cups and bake for 15 to 20 minutes or until the cupcakes are springy to the touch.

Remove from oven and leave to cool.

For the icing, sieve the icing sugar into a large bowl so there are no lumps.

In a separate bowl, mix the butter with the cream cheese and beat together until they are combined and smooth. Add the vanilla essence.

Slowly add the icing sugar in intervals and mix until combined.
Ice each cupcake as desired, adding heart sprinkles, a strawberry or a cherry on the top of each for that final touch.