The Mugg & Bean saga has caused social media users to note, with concern, that yet another thing Masina claimed turned out to be false. 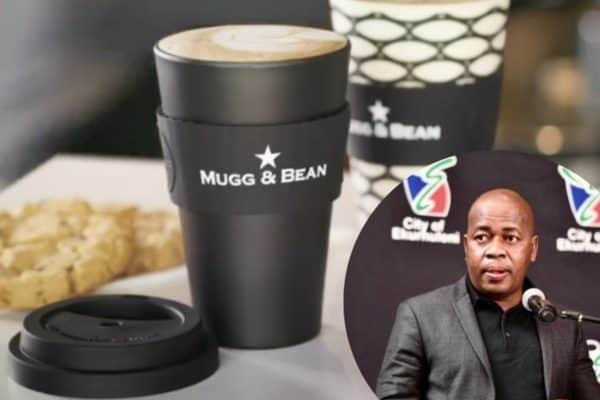 South African restaurant chain Mugg & Bean has had to debunk fake news that it would be closing down.

This after it found itself trending on Sunday when ANC Ekurhuleni Regional Chairperson and Ekurhuleni mayor Mzwandile Masina said the franchise would be closing.

“Morning people of South Africa, as we are busy arguing why Zuma must be incarcerated, Mugg & Bean SA has announced its permanent CLOSURE in SA. Since the start of the pandemic, when are we going to start discussing problems that confront our people?” tweeted Masina. A tweet from Mzwandile Masina about Mugg & Bean closing down | Picture: Screenshot

Like most other restaurants across South Africa under level 4 lockdown restrictions, sit-down dining at Mugg & Bean is not available, however, delivery, collection and takeaway options are available.

We are aware of #fakenews doing the rounds. @Mugg_and_Bean is not closing. While sit down dining is not currently allowed, the majority of restaurants remain open to bring you your favourite M&B meals via delivery, collection and takeaway. Find us here: https://t.co/kTigxIGESG

Social media users noted, with concern, that this is the second time in the last few weeks that something that Masina claimed with certainty has turned out to be false.

“Dear @mirriamp we’ve found the family and we are informed babies are well. Will share the information with National Gov, I know we were a joke ystday when Gov was genuinely looking for family. Some of our local comrades have been assisting this family. So we are good OK.”

Williams had expressed concern about not being able to contact Gosiame Sithole or verify the births.

I wrote a status that Mugg and Bean has announced its permanent closure. My cousin asked for the source. I said Mzwandile Masina. She asked the one who visited the 10 babies. I’ve since removed the status.

Just a reminder that the source of the Mugg & Bean story is Mzwandile Masina. The person who confirmed the 10 babies story.

“I’ll resign if Cyril is elected in Nasrec. I have seen the Tembisa 10 babies and they are doing well. Mugg & Bean is permanently closing in South Africa” – to paraphrase some of the things Mzwandile Masina has said to South Africans pic.twitter.com/4vbmSnzEbu

Masina has not addressed his tweet or apologised for publishing incorrect information.

READ NEXT: Ekurhuleni mayor Mzwandile Masina boasts about street now named after him