Due to the recent unrest in parts of KwaZulu-Natal and Gauteng, South Africans are most likely to see a spike in polony and vienna prices. 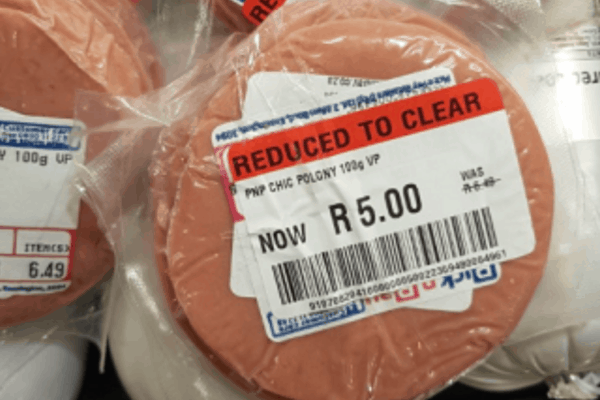 Reserve stock was destroyed in KZN due to the looting and arson. Picture: @AdvBarryRoux/Twitter

Although the past few weeks of unrest in KwaZulu-Natal (KZN) and Gauteng provinces have not led the country to a major food shortage, the South African processed meat market is expecting a price increase for polony, viennas and many other cold meats.

While there is likely to be a sharp increase in prices, some brands of cold meats may not even be available in the next coming months, due to the reserve stock that was destroyed in KZN during the looting and arson of some cold-storage warehouses.

When President Cyril Ramaphosa addressed the nation on 12 July amid the recent unrest, violence and damage of property in parts of KZN and Gauteng, he warned of several risks if the situation was not resolved and one of them was food security.

KZN is known to be home to some cold-storage warehouses and key factories in the processed meat market, some of which were destroyed by arson and looting, however, it appears that only one of those issues is entirely due to the recent unrest.

According to South African Meat Processors Association (Sampa) CEO Peter Gordon, mechanically deboned meat prices had risen up to at least 85% in the space of two weeks and the price of polony and other cold meats were likely to spike.

However, it was not only because of the KZN damages.

“We don’t have an exact amount yet, but we’re definitely concerned about the next month or two,” Gordon told Business Insider South Africa.

“Individual manufacturers have their own storage, but typically have only a week or so of stock.”

Gordon also said due to Covid-19 measures, there have been pileups at ports in China and elsewhere, which have worsened the global shortage of refrigerated containers of the kind needed to transport fresh produce, and meat.

“If you can export high value or low value, then you prioritise high value,” he said, and the cheap meat, which goes into making polony just has to wait.