Injection better at HIV protection than daily pills – US researchers

The results released Monday stem from a trial involving more than 4,500 people. 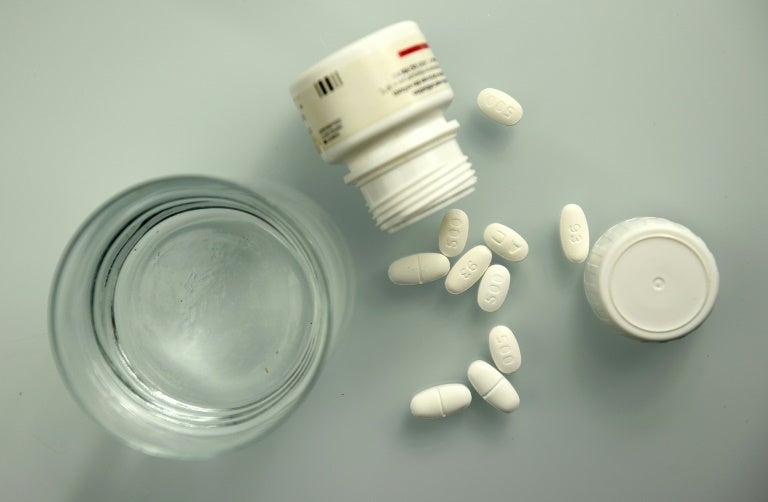 Researchers have spent years seeking solutions to boost the fight against HIV via an implant and an injection every two months, instead of daily PrEP pills. AFP/File/FRANCK FIFE

Injecting people with a new, experimental drug every eight weeks provides better protection against HIV than daily pills that have revolutionized the fight against AIDS, US government researchers reported Monday.

The National Institutes of Health released the preliminary results of a major clinical trial involving a drug called cabotegravir. The testing began more than three years ago in seven countries — including the United States, Brazil, Thailand and South Africa — and looked at men who have sex with men (MSM) and transgender women, most of them under age 30.

Those are the two groups at highest risk of contracting the human immunodeficiency virus (HIV), which causes AIDS. Another clinical trial focusing on women is under way.

For now, the only medication approved for HIV prevention is a drug cocktail called PrEP, which stands for pre-exposure prophylaxis. In the US, it has been marketed under the brand names Truvada and Descovy.

HIV-free people who take PrEP daily see their risk of infection from unprotected sex reduced by 99 percent, according to the US Centers for Disease Control and Prevention.

But the fact that these pills must be taken every day is seen as an obstacle, so researchers are looking for less unwieldy alternatives.

The results released Monday stem from a trial involving more than 4,500 people. Half were injected with cabotegravir and took PrEP placebos, while the other half received a placebo injection and real PrEP pills. So everybody taking part in the trial was treated with either cabotegravir or PrEP.

Fifty contracted the AIDS virus, but the breakdown was lopsided: only 12 among those who received shots of cabotegravir and 38 among those who took Truvada became infected.

This means the injections were 69 percent more effective than the Truvada pills, which are already at the heart of the US strategy to end the HIV epidemic. In the US, at least 200,000 at-risk people take Truvada, according to the drug’s maker Gilead.

Since the injection test results were so good, the people running the clinical trial halted the blind phase prematurely to allow all participants to benefit from the injections.

“We are thrilled with the results not only because of the high efficacy of cabotegravir but also because we have demonstrated high efficacy in a study that adequately represents some of the populations most disproportionately impacted by HIV,” said Kimberly Smith, head of research and development at ViiV Healthcare, a unit of the GSK group.

These population groups are black men having sex with men in the US, young MSM globally and transgender women, she said