The Alcoholics Anonymous SA 75th Jubilee will be celebrated through members only events across the country between October 2021 and 2022. 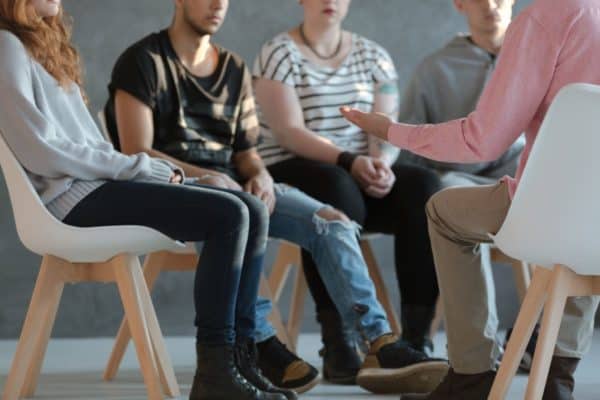 The Alcoholics Anonymous SA 75th Jubilee will be celebrated through members only events across the country between October 2021 and 2022.

Over the years, Alcoholics Anonymous SA has “saved the lives” of many thousands of people in South Africa, a country that ranks in the top 10 in the world when it comes to the consumption of alcohol.

A shocking statistic is that South Africa has the highest incidents of foetal alcohol syndrome in the world – led by De Aar in the Karoo. Other facts about our alcohol consumption are equally frightening, including that it contributes to one-quarter of all emergency room admissions, one-third of all suicides, and more than half of all homicides and incidents of domestic violence in SA.

Heavy drinking also contributes to illness in each of the top three causes of death: heart disease, cancer, strokes.

Almost half of all South African traffic fatalities are also alcohol-related, and around 170 people die every day of alcohol-related illnesses in the country.

The negative impact of an alcoholic in the family is no less troubling. According to AA, for every one alcoholic, 16 people’s lives are adversely affected. Nearly 20% of children under 18 live with a parent (or responsible adult) who drinks heavily or has an alcohol problem. Many children of alcoholics behave in socially unacceptable ways and more than 50% of juvenile delinquents come from alcoholic homes.

“In AA we know all about the problems, because we were once part of the problem,” said chair of the Board of Alcoholics Anonymous, known as Irene F.

“We prefer to focus on the solution. One alcoholic working with another, showing her or him how to stay sober one day at a time,” she told News24 in an exclusive interview.

What is an alcoholic according to the AA?

“Alcoholism is an incurable, progressive, fatal disease, and the biggest sign of alcoholic drinking is that once an alcoholic has one drink, they lose all control. They don’t have a stop switch and their drinking is usually accompanied by a negative outcome,” said an AA spokesperson known as Ray G.

The AA is a fellowship of men and women who share their experience, strength and hope with each other that they may solve their common problem and help others to recover from alcoholism.

The only requirement for membership is a desire to stop drinking. There are no fees – the service AA provides is always free. The organisation accepts no contributions from non-alcoholics – it is fully self-supporting.

How does AA help an alcoholic?

Once an alcoholic has been sober for a time, they are capable of helping other alcoholics by becoming “a sponsor”. Once a person has fully accepted they are an alcoholic, their sponsor (a sober alcoholic) will help them take AA’s 12-point plan, known to alcoholics as the 12 steps. Sacrosanct to the very principle of AA helping people is maintaining absolute confidentiality at all times.

These steps for each person include working out why and when they started drinking and how to manage the emotions and feelings that sparked drinking sprees.

“AA is about finding a new lifestyle – one that does not include drinking alcohol. It also involves regular attendance at AA meetings. There are open meetings where members share their experience and members may bring friends or family, but there are also closed meetings which only alcoholics may attend,” said Irene F.

‘Drug abuse is growing in SA’

“Anonymity is the spiritual foundation of our fellowship,” Irene F explained. “It reminds us to place principles before personalities.”

On a personal level, anonymity provides protection for all members from identification as alcoholics – a safeguard often of special importance to newcomers who are worried about stigma and potentially losing their jobs.

Where did AA originate?

It was started in 1935 by a New York stockbroker and an Ohio surgeon who were “hopeless drunks”, and has grown exponentially across the world since then. In South Africa, the organisation was started with Solomon M, a black translator at the Johannesburg Law Courts living in Alexandra township. He was jobless and penniless when he found and read a story published in the Reader’s Digest in 1946. He contacted AA New York and soon had a copy of an AA pamphlet. He followed the directions and sobered up.

The second founder in South Africa was Sister Maxwell, a Catholic sister and nurse who ran an alcoholic ward at the Johannesburg General Hospital. Alcoholics Anonymous SA grew from there to now having meetings in all nine provinces.

Coinciding with the Covid-19 lockdown, Alcoholics Anonymous SA launched a public campaign which led to a steep rise in new members seeking help.

The first online Alcoholics Anonymous SA Zoom meetings were held and other social media platforms like WhatsApp became “safe places” for new meetings as a result of the Covid-19 lockdown.

“It was a positive time for AA because Zoom and WhatsApp groups, blossomed since we could not meet in person,” explains Ray G, giving Kokstad in KwaZulu-Natal as an example where there had never been an AA meeting, starting with one lady needing help and quickly growing.

“The perception that alcoholism was a ‘white old-man’s disease’, has changed dramatically in the past 75 years,” Ray G added.

He said Soweto has the most vibrant meetings, with never fewer than 40 to 60 attendees, consisting mainly of young women building a new and sober life. Meetings are also conducted in English, isiZulu, isiXhosa and Afrikaans in various parts of the country.

The Alcoholics Anonymous SA 75th Jubilee will be celebrated throughout the country from October 2021 to October 2022, but given the anonymity of the fellowship, most of the events will be for members only.