Worried about the bleached patches on your panties?

If you have been in a frenzy about the unexplained bleached patches on your underwear, let it go! It’s perfectly normal and actually a sign of a healthy vagina. 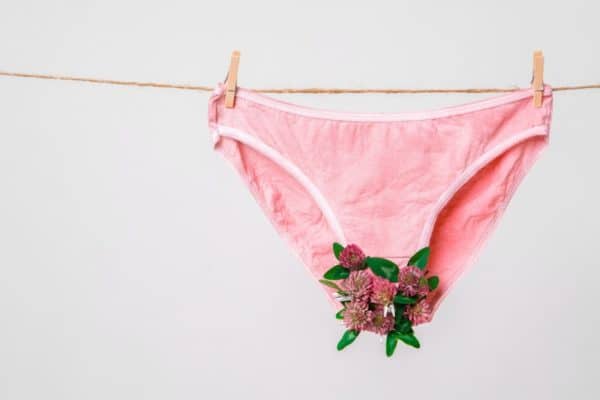 Bleached patches on your panties are a sign of a healthy vagina. Picture: iStock

Many women have had to endure the daunting experience of changing in front of others at sleepovers or at the gym, terrified that someone might spot the bleached patches on their panties at one point or another, leaving them feeling embarrassed. Some women are even afraid that there might be something wrong with them.

According to the London-based Vagina Museum, the lighter stains on your dark underwear are perfectly normal. In fact, it is a sign that your vagina is perfectly healthy, and the museum bravely proves the fact by exhibiting real people’s bleached underwear.

The Vagina Museum says: “We get a lot of feedback from people who didn’t know that it happens, or why it happens or felt relieved to learn it wasn’t just them.”

Why the bleached patches?

Your vagina – which is naturally acidic – is home to good bacteria, called lactobacilli that maintains optimal acidity levels that prevent vaginal infections. A clear or white, acidic vaginal discharge (4ml per day is a healthy amount) is the magical way of the vagina to clean itself and to protect itself from harmful bacteria.

Vaginal discharge can increase during pregnancy or ovulation due to more cervical mucus and it may also fluctuate due to hormones and your sex life. When the acidic vaginal discharge is exposed to air, it oxidises and causes bleached patches on your panties.

Zoe Williams from the Vagina Museum says: “In a world where vaginas aren’t talked about much, it’s no surprise nobody passes on this information in school or at home, because many educators, parents and even healthcare professionals don’t know these facts either.”

Williams also said that people at all levels don’t talk about vaginas and vulvas due to a climate of shame and stigma, which means that people can’t gain a full understanding of their own anatomy. She believes that this is the reason why there are so many myths and misconceptions about the vagina.

“The gynaecological anatomy is overlooked regularly, in research as much as society.”

Williams says that the first detailed anatomical study of the clitoris, which is a 10cm-long organ, was only published in 1998.

Therefore, knowing that the bleached patches in your panties are perfectly normal and a sign of good vaginal health is one step closer to getting to know your gynaecological anatomy better.

ALSO READ: Vaginal Health 101 – What you need to know

How to prevent bleached patches on your panties