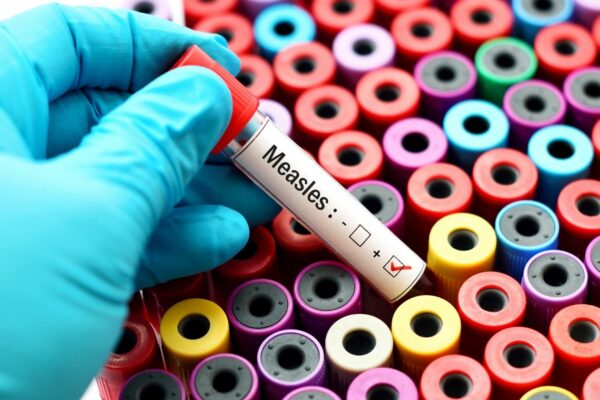 South Africa has reported its first cases of measles after four cases were confirmed through laboratory testing by the National Institute for Communicable Diseases (NICD).

The cases were detected over the past two weeks.

According to the health department and the NICD, three cases are known to be epidemiologically linked, and are resident in south-western Tshwane. The fourth case is resident on the West Rand of Gauteng. All cases are presently isolated and are recovering, said the NICD and health department in a joint statement on Monday evening.

Health authorities in the affected districts and communities are working together to identify contacts, promote/offer vaccination, and/or conduct vaccination of contacts, said the health department.

According to the World Health Organization (WHO), two or more cases of measles in a health district within one month is regarded as a measles outbreak.

Measles is a highly contagious disease and it spreads through infectious airborne respiratory droplets from infected persons when coughing or sneezing.

Other measles symptoms include:

“These complications may lead to irreversible damage and or death, especially in immunocompromised or malnourished children. Furthermore, even healthy children who develop measles develop transient immunosuppression and are more susceptible to common childhood illnesses for at least one year after infection,” warned the NICD.

The Gauteng department of health said it was working with the City of Tshwane and West Rand district and other health bodies to investigate and respond to the outbreak.

Health care workers have been urged to report suspected cases via the NMC app. Practitioners should submit a blood specimen for antibody testing and a throat swab along with a completed case investigation form. Samples should be submitted to the NICD, marked ‘NICD Measles Laboratory– attention CVI’. Testing is done free.

According to the health department, non-pharmaceutical measures such as social distancing and hand-washing might not be sufficient to prevent transmission of the measles virus.

“Measles is preventable through a safe and effective vaccine. Caregivers and mothers are urged to ensure that children are up to date with their routine vaccinations.”

Children are given the MeasBio® (Biovac) vaccine at 6 months old and a booster at 12 months old at no cost.