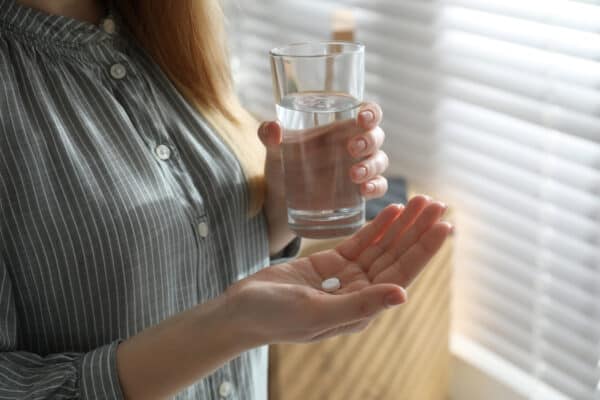 Since the US Supreme Court revoked abortion rights on June 24, at least eight states have banned abortion. As a result of these decisions, videos are starting to appear on TikTok advising women on how to perform a home termination. These alternatives are perfectly legal, but can be extremely hazardous to health.

After the great outpouring of solidarity and offers of help for women seeking an abortion, various dangerous “tips” have recently been proliferating on TikTok, sometimes though relatively clandestine channels.

To avoid arousing the suspicions of the platform, no specific hashtag has been created, and the TikTokers involved don’t hesitate to use contradictory wording such as “do not take this, you risk miscarriage.” However, thousands of videos are circulating on the platform sharing home recipes or medicines to take in order to terminate a pregnancy. Searches for “DIY abortion” are also growing rapidly on Google.

Taking a high dose of ibuprofen is the most common solution seen on social networks. Taking this painkiller during the first 20 weeks of pregnancy is known to cause miscarriage. That’s why some TikTokers recommend taking 800 mg of ibuprofen per day as an alternative to seeking an abortion procedure.

Taking cinnamon and two doses of vitamin C (400 to 500 mg) for two days is also claimed to be an alternative to the morning-after pill. This is perhaps a less risky technique, but it has no apparent effect on pregnancy. It’s actually an old Russian folk method, the effectiveness of which has never been proven. It is also important to know that taking vitamin C over a long period of time can cause stomach pains, diarrhea and increases the risk of kidney stones.

It is via “WitchTok,” the social network’s community of “witches,” that many of the concoctions supposed to provoke miscarriage are being presented. Herbal teas made from herbs such as spearmint, blue cohosh, parsley, papaya seeds or mugwort are often suggested.

The #herbalabortion hashtag has over 780 million views on TikTok. However, taken in large doses, some of these plants can be deadly to humans. Moreover, there is no medical evidence to confirm the effectiveness of these products.

Some doctors warn that taking drugs or herbs to promote miscarriage is extremely dangerous and strongly discouraged. A medical solution remains the safest option. Unfortunately, these underground techniques are likely to develop more and more with the prohibition of the right to abortion, ultimately putting women in danger.

READ NEXT: Google to delete user location history on US abortion clinic visits