Daily hacks: How not to get scammed on social media 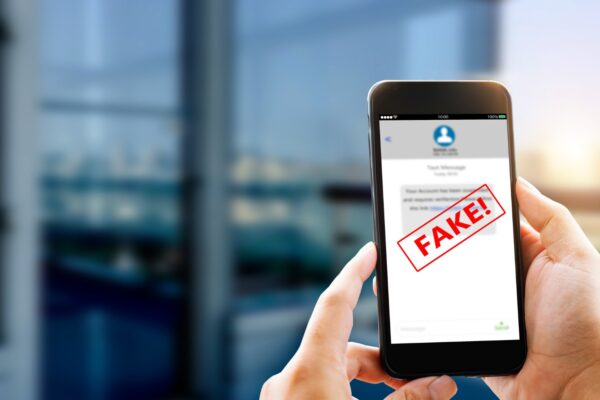 We often imagine that the victims of scams are older people, who are less internet savvy. But this may not be the case.

A new study reveals that a quarter of Britons aged 18 to 34 are not sufficiently suspicious of fraudulent e-mails and text messages.

Scams can be easy to spot, especially if you know how to recognise them. And the first clue is spelling mistakes.

Messages intended to extract money or confidential information from users are often riddled with spelling errors.

However, typos do not arouse the suspicion of young Britons, as Visa and the Institute for Forensic Linguistics at Aston University found in a report on online fraud.

The two organisations analysed 155 emails and SMS’s in which scammers pretend to be a trusted third party such as a bank, an administration or an e-commerce site.

This technique, known as “phishing,” aims to encourage consumers to provide their personal data.
Fraudsters are not lacking in imagination when it comes to obtaining this information.

They often invite the victims to click on a link (87% of cases) or to solve a “problem” by modifying, for example, the delivery time of a package (72%). Some also try to lure users in with unique promotional offers (32%).

And it seems that British people between the ages of 18 and 34 can easily be fooled by these fraudulent messages. In fact, a quarter of them are not able to recognize such messages.

ALSO READ: Daily hacks: Three ways to cut down on plastic in the garden

Meanwhile, perhaps surprisingly, only 11% of respondents aged 55+ fall for the scam. This is partly due to the fact that younger Britons do not pay enough attention to clues such as the spelling and syntax of malicious emails and text messages.

Another 29% admit that they are not sufficiently suspicious of the persuasive tone of such messages.

“With so many platforms and online marketplaces to browse and buy from, online shopping puts a world of possibilities at our fingertips.

“However, as we’re all spending more time online, it’s good to be aware of what we can do to keep ourselves safe,” explains Mandy Lamb, managing director, Visa UK & Ireland, in the study.

To avoid being tricked, the number one rule is to never click on a link received by text message from an unknown number claiming to be an organisation or business.

Also, beware of messages purporting to be from someone close to you. An email address from a friend or family member can easily be spoofed.

This last word of caution also applies to social networks. Lloyds Banking Group recently noticed that scammers are increasingly posing as trusted people on Instagram to extract money from (young) users of the social network.

They often claim that their phone is damaged or has been stolen to justify going through social networks to get in touch with the victim.

And this fraudulent technique is bearing fruit, since the British bank has noted that this type of scam is up 155% on Instagram in the last 12 months. Proof that, on the internet, caution is more important than ever.