This is the first time in the 40 years of BMW 7 Series the large luxury sedan gets to wear an M badge. And it's already sold out. BMW say ‘M’ is the most powerful letter in the world, and there is nothing quite like a bit of 6.6-litre V12 twin turbo power to drive this point home. BMW are keeping a 30-year old tradition alive with the introduction of their flagship M760Li xDrive.

And I got to drive it, fast, in California at the car’s world media launch. 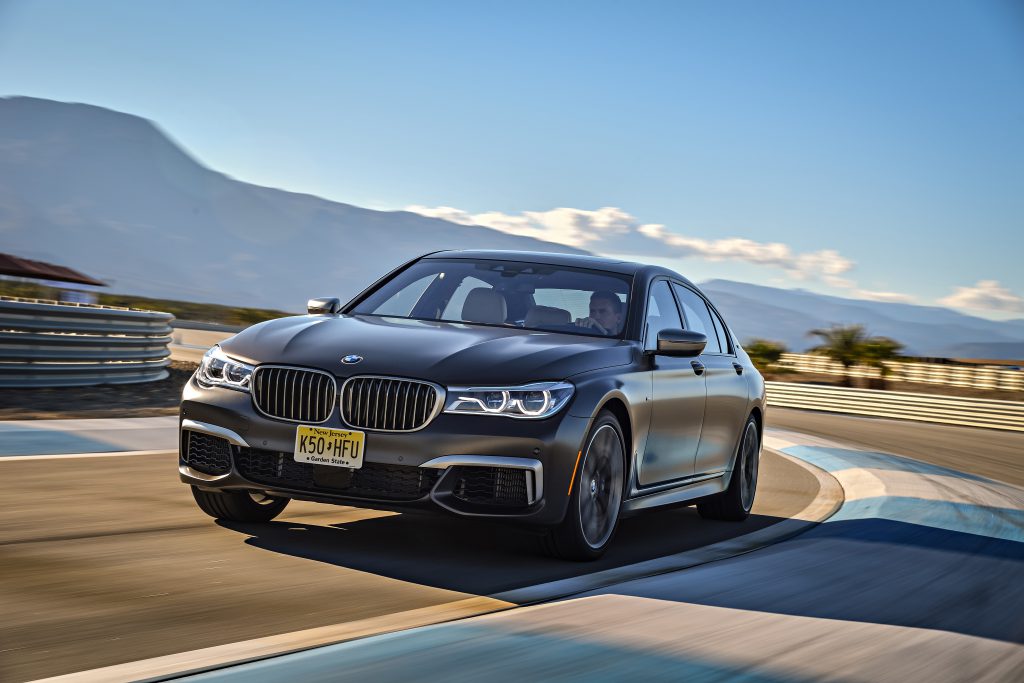 This is the first time in the 40 years of BMW 7 Series that the large luxury sedan gets to wear an M Performance badge. And wear it well it does. There is a proper 448kW of power and 800Nm of torque from just 1550rpm lurking under your right foot. Now even though this is a full two-ton, full-sized luxury limo, the claimed 0-100km/h figure is a supercar-bashing 3.7 seconds, with the standard speed limiter electronically limiting the car to 250km/h, or 305km/h if you go for the optional Driver’s Package.

Power transfer is via the state-of-the-art eight-speed Steptronic Sport transmission as fitted standard. But for the M760Li, the box has been tuned specifically for the V12 engine by BMW’s M Performance department, and delivers sportier and even faster gear changes than ever before. 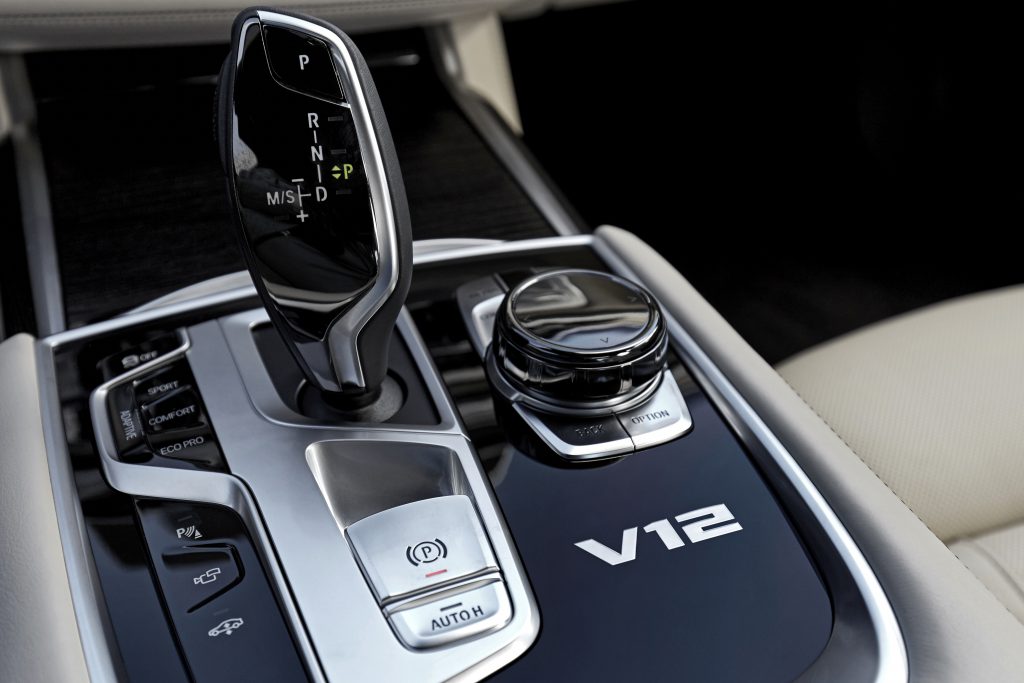 The car features an Executive Drive Pro suspension with active roll stabilisation that can be changed at a mere push of a button, from ‘Comfort’ to ‘Sport’. While this happens, throttle and steering response are dramatically sharpened up too, and I feel this is the part most owners are going to like most.

One moment you have a very docile, quiet, soft riding limo underneath you – push a button, and the car puts on its M Performance superhero suit and transforms into a dynamic, hard-charging beast of a machine. And If you are too lazy to even push a button, you can select ‘Adaptive’ mode and, via the navigation data being fed into the car, the 760 will automatically change the damper, throttle and steering settings based on the road you are about to face.

Now, normally I would say at this point, the fun would be trying to get all that power and torque down on to the tar, but thanks to launch control and a rear-biased BMW xDrive intteligent all-wheel-drive system running on high-performance Michelin and exclusive 20-inch M light-alloy wheels finished matt Cerium Grey metallic, this car simply gets up and goes. 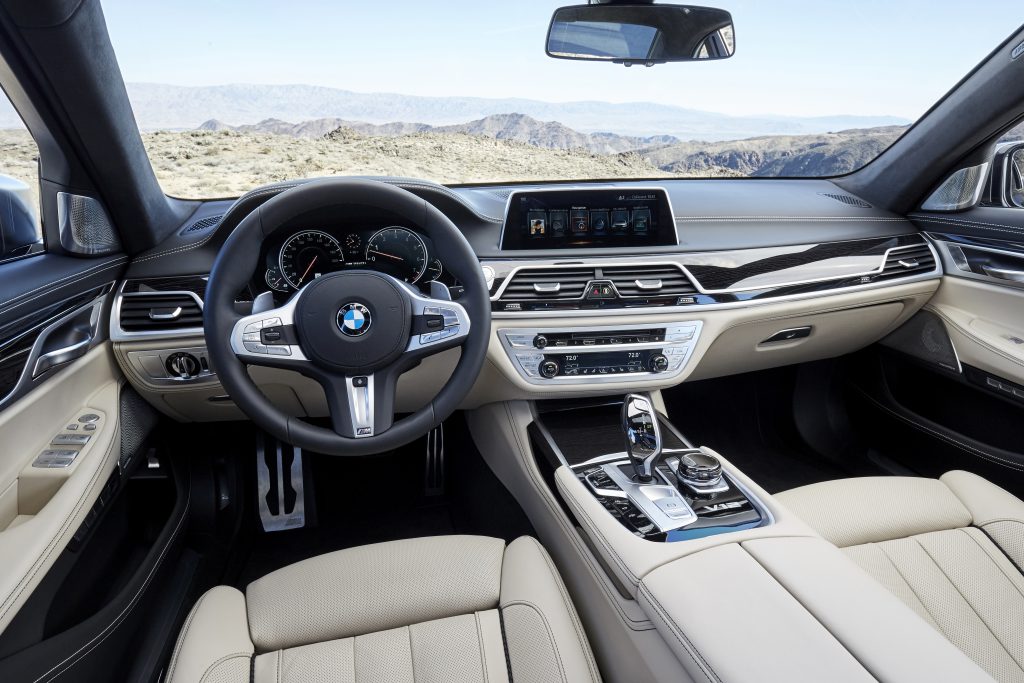 You would also be wrong if you thought the 760 is prone to typical all-wheel-drive understeer. And to make sure we all understood how the standard Integral Active Steering system that controls the steering ratio at the front axle by adjusting the steering angle of the rear wheels, we were let loose on a ride-and-handling track, and a full high-speed track, and asked to play catch with none other than Augusto Farfus, the highly talented and successful BMW Works driver.

We were then sent off into the San Jacinto Mountains in Riverside County, and the road that leads up to, and through, a little town called Idyllwide, is miles and miles of some of best twisties I have had the privilege of driving. Now, I am not going to get into too much detail for the sake of political correctness, and because I want President Donald Trump and his very friendly California Highway Patrol officers to let me back into their country again one day. But a hot shot cowboy who must have been in a big hurry thought it would be a good idea to pick on our Bavarian steed with his three-pointed star offering. 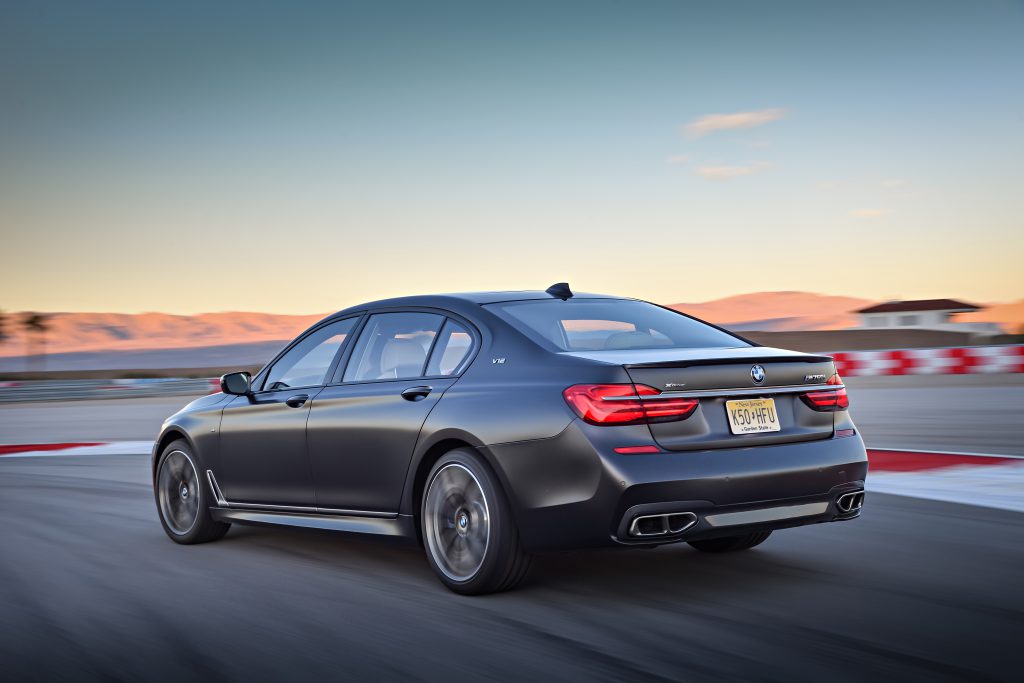 Perhaps he thought this large luxury sedan was not capable of holding its own on a tight and twisty mountain road. Well, he thought wrong; it was not his lucky day! Because try as he did, he went from hunter to prey in a matter of a few corners.

At this point it is worth noting that active safety is very much a part of the BMW brand, and items such as 19-inch M Sport brakes along with the Driving Assistant Plus system, including Steering and Lane Control Assistant, Lane Keeping Assistant with active side collision protection, Rear Collision Prevention and Crossing Traffic Warning functions are just some of the standard safety features on board.

Of course, being inside a BMW 7 Series with an M Performance badge, whether driving or being chauffeured around, means absolute luxury mixed with a healthy dose of sportiness. The exclusive M leather steering wheel carries the M logo, has Pearl Gloss Chrome multifunction buttons on its spokes and shift paddles for manual gear changes when you want play a little. There are door sill plates with an illuminated V12 logo to remind you that you are about to enter a very special car, while the instrument cluster contains an exclusive speedometer featuring the model designation and a 330km/h dial along with M pedals and an M driver’s footrest.

The exclusive Nappa leather, electrically adjustable front seats with memory function, provide just the right amount of comfort and grip, and are suitably complemented with high-quality deep-pile floor mats in the rear compartment and an Alcantara Anthracite headliner.

For the more techno-savvy out there, as in all variants of the new BMW 7 Series, the monitor of the iDrive operating system comes in touch display and hand gesture form. And it is actually quite easy to use as the system operates pretty much in the same way your smartphone or tablet does. Also joining the fray is a new smartphone holder integrated into the centre console, which enables wireless, inductive charging for mobile phones.

You can order your car now, with deliveries starting this month and into March, at an eye-watering starting price of R2 660 000. The bad news is all the allocated stock for this year has already been spoken for. Yep, people still have money!

So there you have it, the BMW M760Li xDrive is a car that will satisfy all the comfort and space needs of any business executive, while still being able to dynamically thrill in an instant if so required.