The Concept A Sedan takes a cautious-yet-attractive approach to the compact luxury segment. Truth be told, the current generation of Mercedes-Benz’s A Class and CLA models still have the good looks and aren’t ready for a complete replacement. This said, the Stuttgart-based automaker has plans to introduce an A Class sedan to the range.

The Germans didn’t only travel to this year’s Auto Shanghai to showcase their refreshed S-Class set for next year but also took to the show to debut their Concept A Sedan. 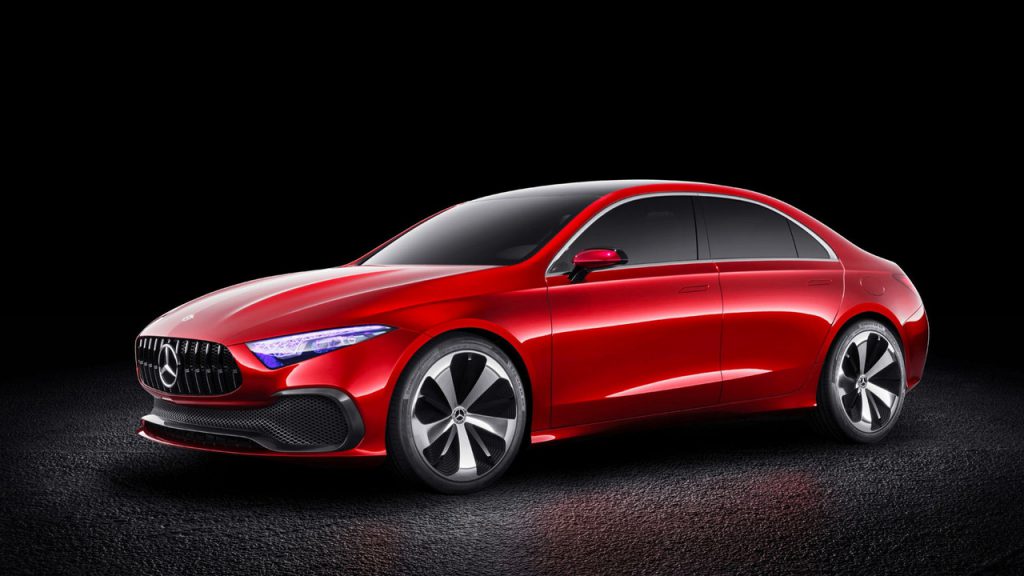 The concept is aimed at giving the motoring world a potential look into the future for entry-level shoppers seeking a path to Mercedes ownership.

“Our Concept A Sedan shows that the time of creases is over,” said Gorden Wagener, Chief Design Officer Daimler AG in a press release. “With its perfect proportions and a sensual treatment of surfaces with reduced lines, it is the next milestone of ‘Sensual Purity’ and has the potential to introduce a new design era.”

The Concept A Sedan takes a cautious-yet-attractive approach to the compact luxury segment. Short overhangs front and rear are complimented by large wheel arches that have the slightest of flair to accommodate 20-inch wheels.

Despite Wagener’s claim to the contrary, the concept does showcase some angular tendencies for both the front and rear lamps. The high belt line and arching roof are satisfyingly Mercedes, but it’s not much of a stretch to see shades of a Mazda6 in the drooping front clip. 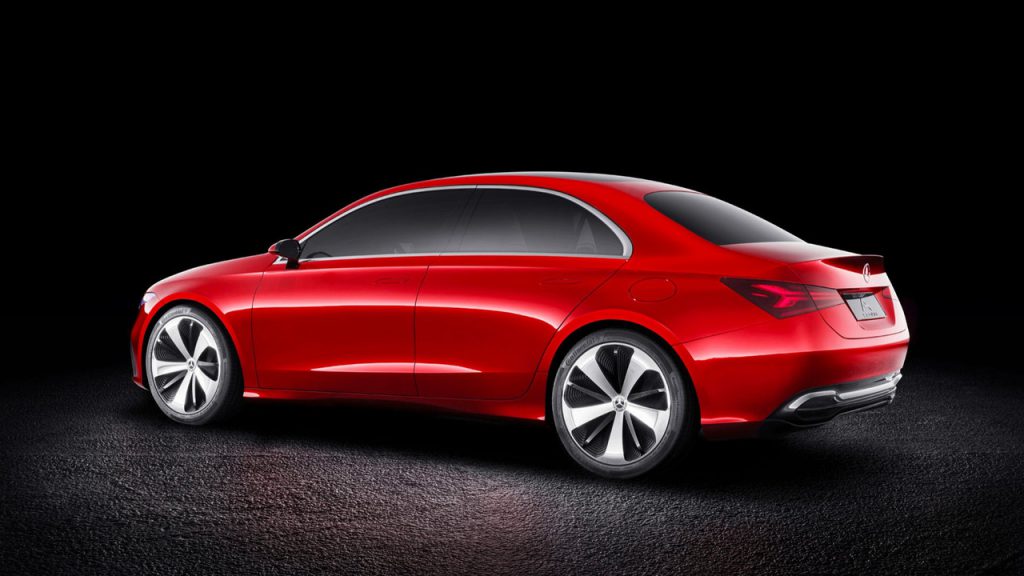 Mercedes offers no mention of potential engines or powertrain combinations.

There’s still no word if the A Class sedan will make it to our shores, since we already have the CLA Coupe that is based on the A Class hatchback.