VW Up! GTI? Yes, introduction confirmed for next year

Sadly, VW South Africa says the smallest GTI will not be available in SA, but perhaps we can change that with a petition? With the Up! GTI, Volkswagen wants to prove that good things do come in small packages like Renault is doing with the Twingo GT and Smart with the ForFour Brabus. 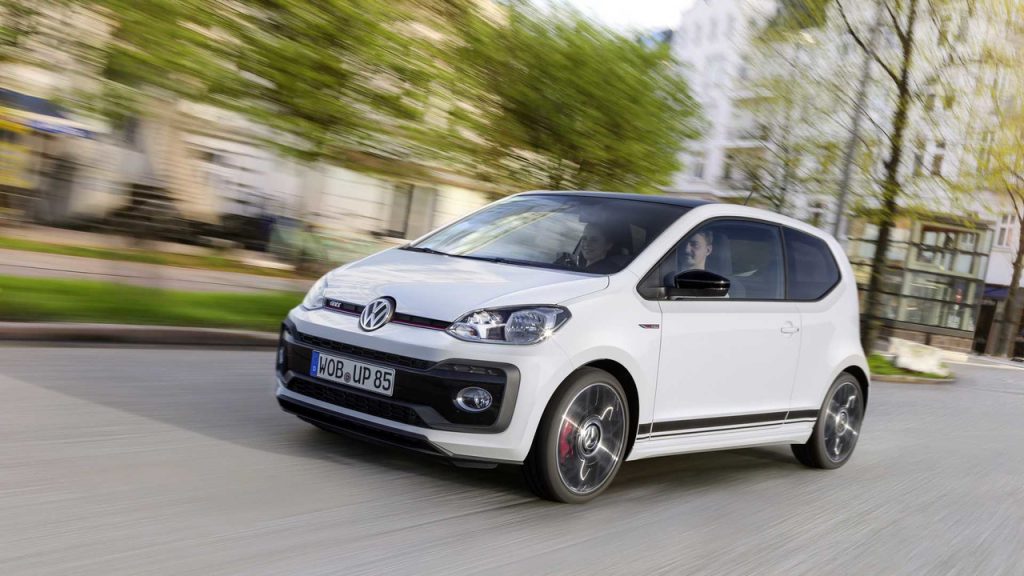 Embodying the philosophy behind the original Golf GTI, the feisty car is being billed as a near-production concept and will actually hit the assembly line early next year.

The Grand Turismo Injection treatment applied for the first time on Wolfsburg’s pint-sized model includes a three-cylinder 1.0-liter TSI engine with 85kW on tap, thus making it 3kW stronger than its ancestor from 1976.

And while 85kW and 230Nm of torque might not sound like a lot of muscle, let’s keep in mind the Up! GTI tips the scales at only 997kg.

Sure, it’s a lot heavier than the Golf GTI MkI (810 kg), but it’s also considerably safer and actually both quicker and faster.

Indeed, the 0-100km/h sprint takes a swift 8.8 seconds whereas the first Golf GTI needed an extra two-tenths of a second.

As for the top speed, go all out and the Up! GTI will hit 197km/h, or 15km/h more than its source of inspiration. 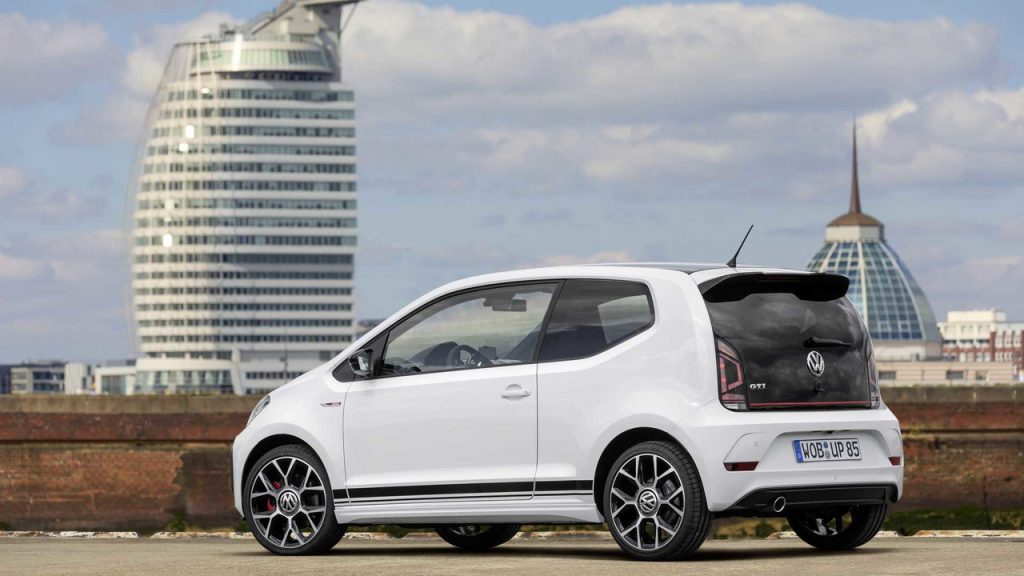 Aside from being more powerful than the regular Up! models, the GTI also stands out thanks to its slightly more aggressive body, with beefier front and rear bumpers, roof-mounted rear spoiler, and bespoke 17-inch alloy wheels.

Numerous glossy black accents further set it apart from the lesser versions, while the sportier suspension setup brings the car closer to the road by 15 millimetres.

Rounding off the changes on the outside are the black side strips and the typical GTI red piece of trim applied on to the grille as well as on the black tailgate.

Hopping inside the cabin, the range-topping Up! gets a sporty steering wheel wrapped in leather and adorned with the “GTI” lettering. Other goodies include the familiar “clark” seat pattern and the GTI gear knob, as one would expect from any GTI-branded VW.

When the production car will be launched at the beginning of 2018, it will look virtually the same as this one. It will allow customers to embrace the GTI spirit at a more affordable starting price, one that will significantly undercut the forthcoming Polo GTI’s sticker. 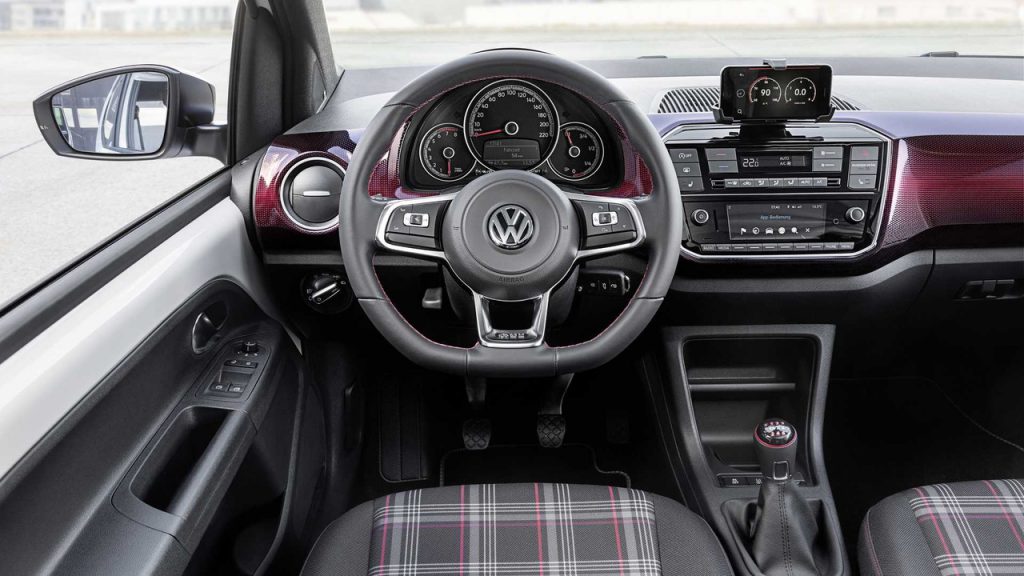 Sadly, VW South Africa says the smallest GTI will not be available in SA. That can change, though, if enough of us ask for it or demand it.