It is not a car you would want to race at the traffic light, but it is more than capable. Look across the street and I guarantee you there’s a Toyota parked with a happy owner behind the wheel.

With every Toyota model comes a very impressive story and Toyota seems not to be stopping. The facelifted Yaris Pulse has captured me. Set to challenge the much-contested B segment, where cars that offer simplicity and practicality live, the Yaris Pulse is no exception. 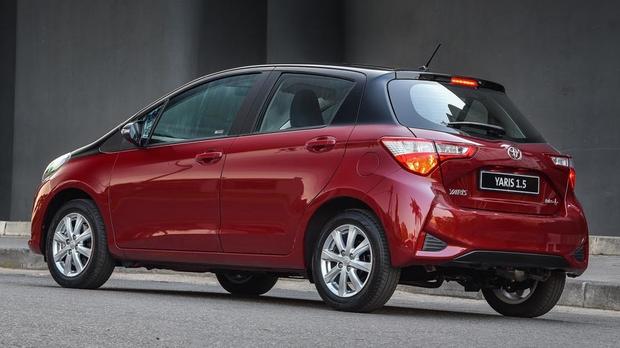 Its looks are on point. Even from the first-generation Yaris, the car used to look good with its centre-mounted digital instrument cluster, but that has changed. The instrument cluster is back to where it belongs.

Space is not something to worry about, as it will seat five people and has five doors for easy access. Boot space remains a challenge. It is not favourable for people who would like to have their travel bags in the boot.

But, should you choose to leave the kids at home, you can fold the rear seats thus increasing the boot space.

On the outside, you get redesigned tail lamps, bumpers, new grille and new headlight system. Our test unit came in a two-tone colour and in manual transmission guise.

However, it being the basic model and costing R229 900, I was a bit disappointed, since there was no navigation and cruise control. A lot of work happened under the bonnet. That can be felt, thanks to the new naturally aspirated 1.5-litre petrol engine matched with a healthy six-speed manual gearbox.

Toyota says you can have a CVT transmission at an additional cost but I can tell you the manual delivers impressive performance in spades.

It is not a car you would want to race at the traffic light or the most powerful engine in its class, but it is more than capable.

You get impressive, adequate power when you need it, which makes it a good run-around car.

As much as my daily travels include the freeway, the Yaris handled such duties with ease although it’s a bit noisy during acceleration – something you could expect from small cars.

I found the ride to be remarkable at cruising speeds. A bid to beat Toyota’s fuel consumption claim of 5.0 litres per 100km meant watching what my right foot does.

Off I went on a driving spree of over 250km through the N1, and the Yaris revealed something I have never seen in my tyke years as a motoring writer. The fuel consumption dropped from 5.7 litres per 100km to 4.7 litres per 100km which was highly impressive. In terms of safety, the Yaris comes standard with ABS with Brake Assist System and Electronic Brake Force Distribution, driver and passenger front and side airbags, hill ascent control and vehicle stability control.

The Yaris Pulse is an impressive car and really did surprise. It turned out to be a good city car. It is a small car suitable for young families and singles who want simplicity and fun.