The new models that made a splash at Goodwood 2018

Here are some of the most important new models that were on display at Goodwood 2018. The Goodwood Festival of Speed in the UK used to be an annual hill climb event featuring historic race cars.

It was founded in 1996 by Lord March with the idea of bringing motor racing back to the Goodwood estate, which is a location in the UK steeped in British motor racing history.

It’s now morphing into one of the biggest automotive events in the world, and it’s increasingly becoming an important showcase for brand new vehicles. Here are some of the most important new models that were on display at Goodwood 2018.

Few cars are as widely anticipated as the all-new Toyota Supra, and the all-new A90 version of the famous Toyota nameplate made a dramatic UK debut at the event this year.

Unfortunately, despite making such a high-profile appearance, Toyota kept the car covered in its urban-camo wrap so we’ll have to continue to wait for a full reveal.

Toyota wasn’t the only manufacturer reviving a model from its past at Goodwood this year, and that’s because BMW was also proudly showing off the production version of its long-awaited new 8 Series coupe.

The luxury automaker confirmed production has now started at its Dingolfing plant in Germany, but customers won’t begin to take delivery until November as the first models off the production line will be demonstrators and press vehicles.

Another Japanese performance car making an appearance at Goodwood was the Nissan GT-R50. Although it’s no longer going to be a one-off model celebrating 50 years of both the GT-R and the design house Italdesign, it certainly won’t be as affordable as the new Supra as the production run of the GT-R50 is going to be limited to just 50 units.

A much more affordable but much more important model making its UK debut at Goodwood was the Tesla Model 3. 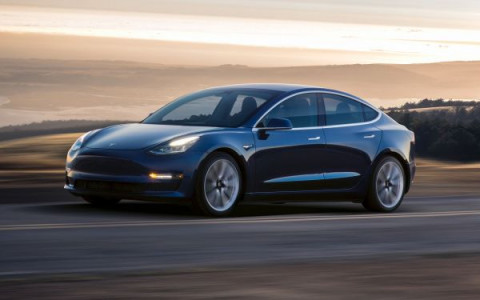 It was the first chance for those who’ve already put down a deposit for one to see it in the flesh as there’s about a year to go yet until right-hand drive versions of Tesla’s most affordable model go into production.

Nobody was able to see it put through its paces though as this American specification model was a purely static display placed on the Duke of Richmond’s front lawn.

Electricity is an increasingly prevalent feature of models showing what they can do at Goodwood these days.

There were some incredible electric cars being put through their impressive paces such as the Nio EP9 EV and Apollo Intensa Emozione, but they’re a long way from being the kind of mass-market EVs governments and green campaigners want to see us driving in the not-too-distant future.