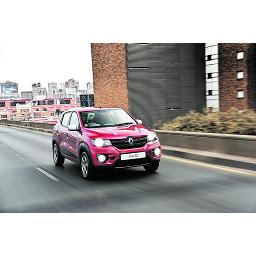 After spending a good part of a week in a Renault Kwid, the latest that sports ABS brakes for the first time, I was left with two options.

Priced at R144 900, the Kwid Dynamique ABS – a feature indicated clearly with a sticker on back – we had on our test unit finds itself in a competitive entry-level vehicle segment which also feature the Datsun Go and Mahindra KUV100. Despite enjoying sales in excess of 20 000 since its local launch in 2016, the Kwid was lagging slightly behind the recently upgraded Go and KUV100 in terms of safety specifications. 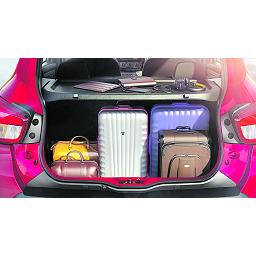 In addition to the driver airbag which it had all along, it was also updated with ABS brakes to bring it up to par. I haven’t driven a Kwid without ABS and must admit that the brakes on our test unit passed the test with flying colours. As did most of my ride, albeit a very interesting one. I have carefully selected my words because like I said before, this is not the type of car you must judge on face value.

The fact that the digital speedometer is impossible to see in the sun’s glare, there is no rev counter, there isn’t much isolation in the cabin as far as noise goes, and there isn’t an interior adjustment option – not even a manual stick – for the side mirrors, which is irritating, but I could live with it.

What I couldn’t were the fact that there is no buzzer to warn you when the lights are on if you open the door and there are no strings to lift the boot cover when opening the hatch. But to be fair, if I have never owned a car before then none of these things would have bothered me. 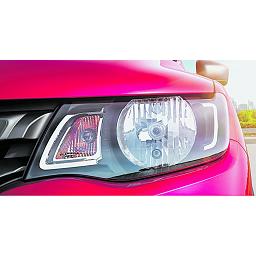 If you have to compare this apple with no apple at all then this apple is clearly the better option. And that is exactly what this car – and this segment – is all about. And the competition is so stiff that all three contenders – Kwid, the Go and the KUV100 – includes comprehensive insurance cover for the first year at no extra cost.

Sure you can buy a more comfortable pre-owned car with more features, but it won’t include this generous insurance offer added on top of the six-year warranty and two-year service plan the Kwid already offers. And to be honest, before I owned my first car as a student I would have killed for this Kwid.

The sound generated by the two-speaker system would have been so not cool. Add to that the fuel economy and I would have gotten quite a few kilometres too. The 50kW/91Nm 999cc three cylinder petrol engine is capable of getting four adults from point A to point B in a car that only weighs 691kg while giving you bang for your back at the petrol pump. 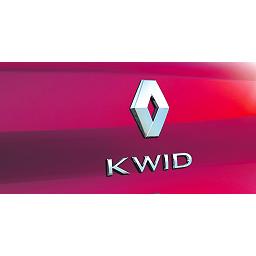 Renault claims that a fuel economy of 4.4l/100km is possible which never is in the real world, but the 5.7l/100km we achieved on test is damn impressive. With those figures the petrol tank capacity of 28 litres also doesn’t look all that bad as you can easily drive 400km before having to refill.

I wouldn’t recommend driving the Kwid at speeds much over 100km/h as the very slim 13-inch 155/80 R13 rubber it rides on, the light construction and ride height, can make encountering the slightest crosswind quite scary when you don’t have added weight benefit of passengers.

But then again, contrary to making use of public transport, you still have control of your own life when driving in a Kwid. And with an added safety feature like ABS, your life will be even safer.