The Australian-born designer of the current BMW Z4 has reportedly poured cold water on plans to introduce it with a hard-top, remarking that it was developed from the onset to have a folding soft-top only. Speaking to Australian online platform, goauto.com.au, Calvin Luk stated that gains in performance played in a big part in the decision not to make the Z4 available with a metal roof, and that input from BMW’s engineering division had also been taken into account when it came to the decision of offering a soft-top or a folding metal roof.

“From the beginning we knew that it was going to be a soft-top mostly just because of the performance advantage in terms of the weight, so we didn’t need to mock up an alternative to that,” Luk said. 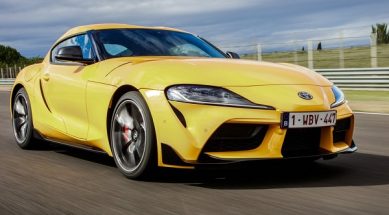 Referencing the Z8 as design inspiration for the Z4 developed in co-operation with Toyota, Luk also stated that no plans are currently place to offer a Z4 M like previous generations, leaving the M40i, whose 250kW/500Nm 3.0-litre turbocharged straight-six also powers the new Supra, as the range flagship for the foreseeable future.