Next Nissan Juke will get new platform and hybrid power

With the first generation Nissan Juke set to be officially replaced next year after a near decade production run, a fresh report from the United Kingdom has alleged that the second iteration will adopt a hybrid powertrain and with styling as distinctive as the original. In an interview with Britain’s Autocar last year, Nissan Global Design Head,  Alfonso Albaisa, remarked that the new Juke would be an “urban meteor with a nasty attitude” and that ‘”the second one couldn’t be derivative or evolutionary and still be a Juke. We’d almost have to change its name to Nancy otherwise”.

According to the latest claims by Auto Express though, the Juke could likely adopt the same E-Tech engine as the new Renault Clio, which pairs a normally aspirated 1.6-litre petrol engine with a 9.8 kWh battery pack allowing for an all-electric range of 32 km.

Underneath, the Juke will swap the current V-platform for the CMF-B that underpins the Clio and forthcoming Renault Captur, and likely also receive the same assortment of turbocharged petrol engines such as the new 1.0 IG-T that produces 74kW/160Nm and 85kW/180Nm, and the bigger 1.3-litre turbo co-developed with Daimler that outputs 96kW/240Nm in the Clio and Renault Duster.

Despite the inclusion of the hybrid, the venerable 1.5 dCi engine will be carried over and in two states of tune; 63kW/220Nm and 85kW/260Nm. Depending on the engine, transmission will likely consist out of a five-or-six-speed manual, an Xtronic CVT or a seven-speed EDC. Expect all-wheel-drive to be optional on flagship variants as well.

Just as big of a change will be interior where spy images taken by the publication shows a large freestanding touchscreen infotainment system that will likely get Apple CarPlay and Android Auto. A further addition will be Nissan’s ProPILOT semi-autonomous driving system and full suite of new safety and driver assistance features. 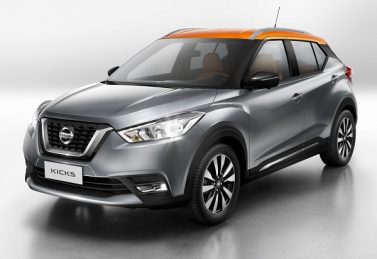 While a definite for markets in Europe with production once again set to take place at Nissan’s Sunderland Plant in the UK, the Juke’s inclusion for South Africa remains to be seen with an alternate option possibly being the Indian-made Kicks that rides on the aforementioned V-platform, and powered by same 1.6-litre petrol or 1.5 dCi engine as the Duster. At present though, this is purely speculative and unconfirmed.