Renault has put a practical spin on its strong-selling, but much lamented Kwid by unveiling a seven-seat MPV version in India as a direct rival for the Datsun Go+. Dubbed Triber and offering seating for seven, the newcomer rides on a stretched version of the Kwid’s CMF-A platform with dimensions of 3 990 mm in overall length, a wheelbase of 2 636 mm, height of 1 643 mm and width of 1 739 mm.

With its total length placing it below the crucial four-metre length mark in India, the Triber’s visual differences from it sibling includes a slightly restyled front facia with new headlights and a smaller V-shaped grille, while the black side cladding and satin silver front skidplate has been carried over. 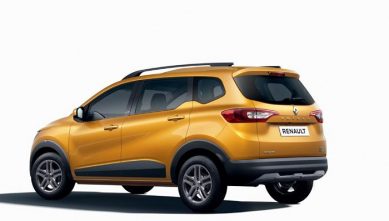 Riding on 15-inch alloy wheels, the Triber’s rear-end has been redesigned from the B-pillar back and borrows a number of hints from not only the previous generation Clio Sports Tourer sold in Europe, but also the outgoing Captur with the light cluster bearing some resemblance to the Sandero. 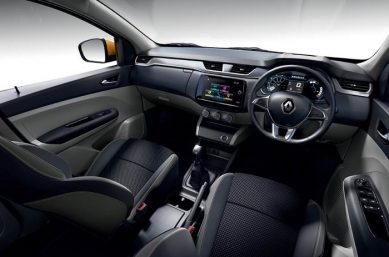 Inside, the interior, although similar to that of the Kwid, has been slightly updated with standard features, depending on the trim level, consisting of an eight-inch touchscreen infotainment system with Apple CarPlay and Android Auto, a 3.5-inch instrument cluster display, rear parking sensors, up to four airbags, ABS with EBD, a reverse camera and dedicated third row air vents.

In terms of space, the Triber’s boot measures 84-litres with all seven seats up, though with the third row down, space goes up to 625-litres. Ground clearance is rated at 182 mm. 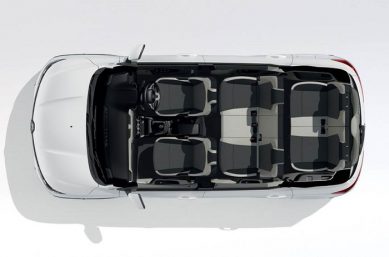 Ticking the scales at 947 kg, the Triber comes powered by the same normally aspirated 1.0-litre three-cylinder engine as the Kwid that delivers 53kW/96Nm. Despite the body cladding, the Triber remains front-wheel-drive with the amount of twist being routed to the tar via a five-speed manual or five-speed automated manual (AMT) gearbox. A turbocharged version of the same engine is reportedly set for unveiling next year.

According to reports, the Triber will retail from Rs 530 000 or the direct equivalent of just under R110 500 in India. For South Africa however, the Triber, if confirmed, will likely start at a higher price given the Kwid’s starting price of R134 900.