With the next generation GT-R set to go the hybrid route, Nissan has applied more revisions into its now 12 year old super car by re-introducing the Nismo moniker after a two year hiatus. First shown at the New York International Auto Show in April alongside the 50th Anniversary Edition GT-R with little details being divulged, the Nismo slots in as the new flagship derivative above the Premium, 50th Anniversary and Track Edition in the United States, with a notable decrease in weight despite having no added power.

Aesthetically, the Nismo makes extensive use of carbon fibre in the form of the bumpers, bonnet, bootlid and spoiler, front fenders and side sills to cut weight by 10.5 kg in addition to the 44 kg overall reduction thanks to other new or upgraded components. 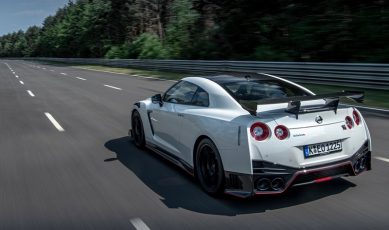 While the interior upgrades only consists out of redesigned front seats, the uptakes underneath the Nismo’s skin are more extensive with the addition of sharper steering, a revised suspension, new titanium exhaust system and standard Brembo carbon ceramic brakes with enlarged rotors measuring 410 mm at the front and 390 mm at the rear. 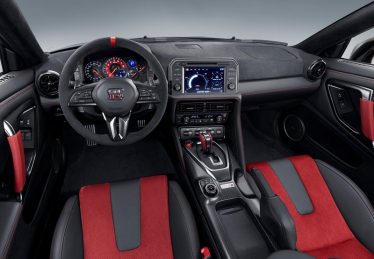 As mentioned, the hand-built VR38DETT 3.8-litre twin-turbocharged V6 has been carried over with power still rated at 441 kW and torque at 652 Nm. While still all-wheel-drive, and despite Nissan not revealing the exact performance figures, it has revised the ‘R’ mode for the six-speed dual-clutch gearbox to feature faster shifts out of corners.