Ford Mustang: Don’t look a gift horse in the mouth

While it is fair to say that not many people’s vocabulary includes words like “kilowatt” or “magnetic ride control dampers”, every so often, even those without any real interest in cars will fathom what a particular model represents. Ever since bowing in in 1964, the Ford Mustang has been central to this theory as it takes very little to define the low-slung, two-door with the running pony on its grille; brash, affordable, American and powered by a V8 engine that gives an unapologetic one-finger salute to variable vane direct this and NOx certified level that.

However, despite rounding up sales of 9.8 million units in 55 years, it was only three years ago that South Africans were finally able to sample the Mustang for the first time as the go-ahead was given to the Flat Rock Plant in Michigan to put the steering wheel on the right side. 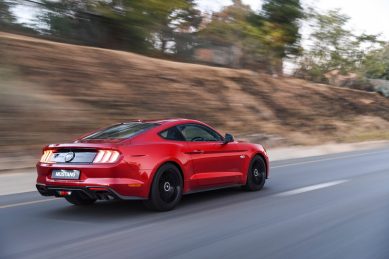 After a two-year wait and total sales of 2 642, however, Ford has officially unveiled the updated Mustang and while it has kept the GT Fastback coupe and convertible bodystyles, it has added an Easter egg in the form of the Bullitt.

Aesthetically, the small exterior differences are immediately apparent, with Ford describing the front facia as having been derived from Darth Vader’s helmet. Although still instantly recognisable as a Mustang, the revisions include slimmer LED headlights, a redesigned front bumper and new grille, lower bonnet, new fenders and taillights, plus a reshaped rear bumper, updated diffuser and quad exhaust outlets on the GT and Bullitt. As extensive as the aesthetics updates have been in order to up the Mustang’s brutish factor, the interior tweaks are comparatively small, but certainly a huge welcome over the previous model. 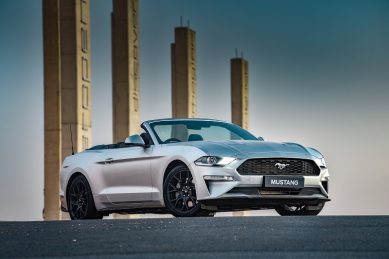 However, the Mustang is all about the drive and on the open stretches of road leading out of Cape Town, it certainly lived up to the age-old phrase of “giddy-up”.Nestled up front, Ford has kept the previous 2.3 EcoBoost four-cylinder and 5.0 Coyote V8 engines, but uprated with the former now producing 213kW/441Nm and the free-breathing bent-eight 331kW/529Nm. In both models, power is sent to the rear wheels via the new 10-speed automatic gearbox, the six-speed manual having been dropped due to low sales.

Setting off in the V8, the updated drivetrain, inclusion of Ford’s MagneRide suspension, stiffer shocks and tweaked anti-roll bars admittedly made for a softer ride than expected, but in the case of that motor, the fitment of new Active Valve Exhaust system resulted in aural pleasure unmatched by any sound system. 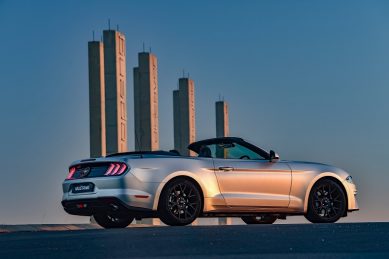 In simple terms, the V8 sounds angrier, more metallic and hard edged than before, while the new gearbox is a quantum leap over the old six-speed’ by going about its business unnoticeable in Normal mode, but becoming sharper, crisper and faster when you switch it to Sport.

As part of the various drive modes, Ford has retained the Snow/Wet and Track modes and added a new Drag Strip mode, while the Active Exhaust has five settings; Quiet, Normal, Sport, Race Track and the somewhat hilariously titled Good Neighbour that is meant to limit the noise. 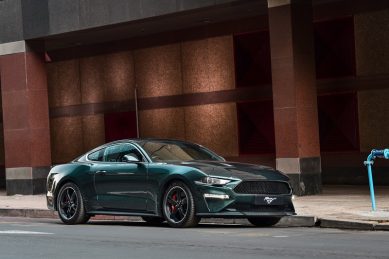 On the other hand, the forced-induced EcoBoost, which was slotted into the convertible, was never going to be as pleasing as the V8, but it nonetheless proved punchy and still able to kick when provoked. Sadly, some lag was still detected when suddenly planting the accelerator and as with most drop-tops, a fair amount of body shake detected.

When it comes to the ultimate Mustang though, consensus was that the GT paled in comparison to the Bullitt. Celebrating 50 years of the film with the same name starring Steve McQueen, the Bullitt arrives in South Africa in a batch of 50, five in Shadow Black and the other 45 in Dark Highland Green. 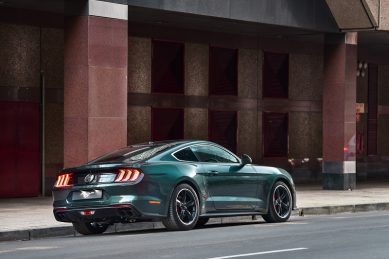 Inside, the Bullitt logo replaces the mustang emblem on the steering wheel, while the instrument cluster comes with a bespoke green backlighting, the Recaro seats trimmed in black leather with green stitching and the Mustang plaque on the dashboard replaced with a Bullitt logo. Unexpectedly, given its imminent unicorn status, our drive in the Bullitt was short, but exhilarating to use family friendly words. Using the same engine as the GT, Ford has upped the power to 338 kW and fitted a six-speed manual gearbox with a cue-ball like shifter. It is a truly analogue experience with the hard clutch and firm shifts being backed-up by an engine note that is even more visceral than that of the GT. 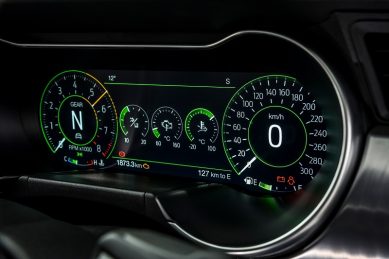 At a time when electrification is more than a reality, the Ford Mustang rates as something of an outcast – frown upon for going against current principles. Although the Bullitt is without doubt the definitive Mustang to have, the GT Fastback makes a compelling case for itself, one which very few will scoff at.