Volkswagen T-Roc opens itself up even more

Having confirmed in February that the previously forbidden T-Roc will come to South Africa in 2020, Volkswagen has now introduced the third iteration of its compact SUV in the form of the quirky drop-top T-Roc Cabriolet. Following the Nissan Murano CrossCabriolet and the previous generation Range Rover Evoque Cabriolet has the newest soft-top SUV, the T-Roc’s aesthetic changes relative to its sibling are seemingly minor bar the roof, though underneath the skin, it is longer in overall length and wheelbase with boot space also being less. 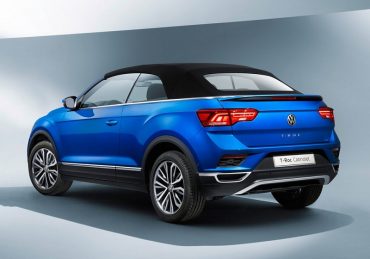 While Volkswagen has not revealed the Cabriolet’s weight gain over the hard-top, it has confirmed that the roof, which utilises a four cross strut setup to avoid inflating on the move,  can be opened and closed in nine seconds at speeds up to 30 km/h, while boot space measures 284-litres with the roof up. 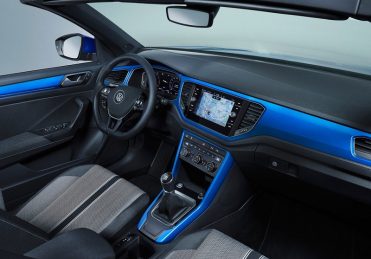 In Europe, the Cabriolet will be offered in two trim levels; Style and R-Line with notable equipment being the 11.7-inch Active Info Display digital instrument cluster, an up to eight-inch touchscreen infotainment system, Front Assist with City Emergency Braking System and Pedestrian Detection, wheel sizes ranging from 17 to 19-inches, Automatic Post-Collision Braking, a 400-watt BeatsAudio sound system and Lane Assist.

For now, the Cabriolet will only be powered by a choice of two TSI engines; the 1.0-litre three-cylinder that punches out 85kW/200Nm and the 1.5-litre four-cylinder Evo delivering 110kW/250Nm. In the case of the former, only a six-speed manual gearbox will be available with the latter coming as standard with the seven-speed DSG. Confirmed for its public debut at the Frankfurt Motor Show next month with sales commencing in 2020, it remains to be seen whether the Cabriolet will form part of the South African T-Roc range, which also includes the R that bowed in Geneva five months ago.