Having debuted as long ago as 2017, Audi South Africa has now officially confirmed that the second generation A7 will make its long awaited local market premiere at the Kyalami Festival of Motoring next week. Joining the equally new A1 and Q3 as the Midrand showpiece, the A7, as a refresher, rides on the same MLB Evo platform as the A8, Q7, Q8, Porsche Cayenne, Lamborghini Urus, Volkswagen Touareg and Bentley Bentayga to name but a few, with respective dimensions of 4 969 mm in overall length, a wheelbase of 2 926 mm, height of 1 422 mm and width of 1 908 mm. 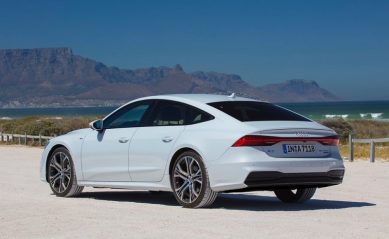 Able to swallow between 535-litres-1 390-litres of luggage, the A7, in Europe, comes powered by a choice of two 3.0-litre V6 engines, both equipped with a 48-volt mild-hybrid system that can recover as much as 12 kW. 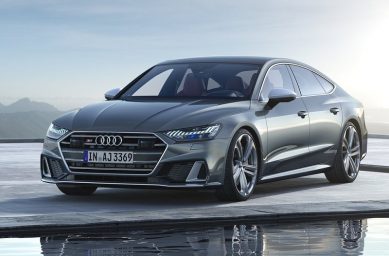 While Audi South Africa has not yet confirmed which engine will be available, chances are that it will for now be the 55 TFSI that produces 250kW/500Nm. In this guise, the amount of twist is send to all four wheels via a seven-speed S tronic gearbox with Audi claiming a limited top speed of 250 km/h and 0-100 km/h in 5.3 seconds. 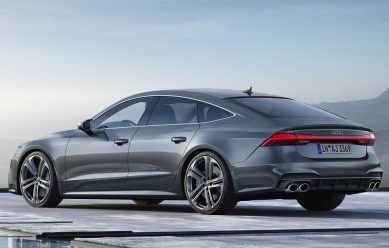 Later on, Ingolstadt could also add the oil-burning 50 TDI whose 210kW/620Nm is also sent to all four corners, but through an eight-speed Tiptronic gearbox. While also being limited to 250 km/h, the benchmark 0-100 km/h sprint is dealt with in 5.7 seconds. With the recent confirmation that its sporty S models won’t be offered locally with the TDI engines, expect the S7 (Grey) to utilise the 2.9 TFSI in place of the 3.0 TDI if given the green light for South Africa. In petrol form, the mild-hybrid V6 puts out 331kW/600Nm while the TDI is rated at 257kW/700Nm.

Pricing and final spec is due to be announced at the official Festival of Motoring that runs from 23-25 August.