Having previewed the mildly updated Ranger in Australia last week, Ford has now brought back the FX4 moniker, albeit for a limited time only. As with the pre-facelift Ranger, the FX4 slots-in between the XLT and Wildtrak, rating once again as an appearance package instead of its designation referring to off-road focused versions of the North American F-series and Ranger.

Restricted to just 1 000 units Down Under, the FX4 receives the newly added bi-LED headlights, but with a blacked-out clusters, an Ebony Black FX4 specific grille, black sports bar, black 18-inch alloy wheels, black mirror caps and door handles and red FX4 decals at the base of the front doors and on the tailgate. 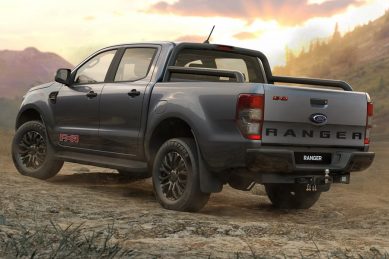 Inside, the seats feature leather accents as well as red stitching and FX4 badging, while red stitching on the dashboard, gear lever and instrument panel, FX4 branded floor mats and Tinted Graphite inlays round the changes off.

In addition to standard spec, the FX4 remains mechanically unchanged from the XLT with the option of the 147kW/470Nm 3.2 TDCI engine mated to a six-speed manual or six-speed automatic gearbox, or the bi-turbodiesel 2.0-litre four-cylinder that punches out 157kW/500Nm and comes paired to the 10-speed automatic gearbox co-developed with General Motors. 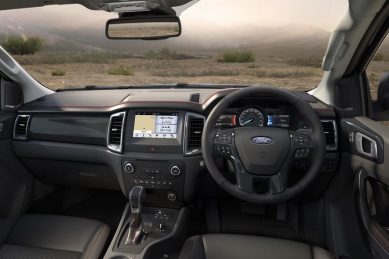 Although Ford Motor Company Southern Africa has remained mum on the FX4, chances are that it might return soon given that the previous model was initially classified as an Australian market only derivative before touching down in South Africa.