Notwithstanding a second mid-life update earlier this year with a third having recently been unveiled in Australia, the all-new next generation Ford Ranger will reportedly herald the return of the V6 engine for the first time in well over a decade.

According to Australia’s whichcar.com.au, citing an alleged source with knowledge of the project, the replacement for the current T6 generation, reportedly out in 2021, will come with the option of a bent-six turbocharged petrol and diesel engine as its new flagship motors, with the future of the 3.2-litre five-cylinder and bi-turbocharged 2.0-litre oil-burners unknown.

Based on the publication’s claims, the petrol will be a fettled version of the 2.7 EcoBoost V6 used in the F-150, Edge and certain Lincoln models in North America, while the diesel will be the 3.0 Powerstroke V6 introduced on the F-150 earlier this year.

The most interesting development however is that the Ranger Raptor now looks set to gain a petrol engine in order for it to become available in North America where diesel still rates in the minority despite steadily growing in popularity. Earlier this year, US publication Road & Track reported that the next Ranger will ride on an evolution of the T6 platform called P703, and that the Raptor will feature a petrol engine despite the Blue Oval’s Director of Performance, Hermann Salenbauch, denying the reports when quizzed by Autoblog in October last year.

Mere months before, Ford’s Asia-Pacific Vice President of Product Development, Trevor Worthington, took aim at the criticism lobbed against the Raptor for being diesel powered, saying that extensive research had shown that the four-pot made better sense than a more powerful diesel or a detuned version of the F-150 Raptor’s 3.5-litre twin-turbocharged EcoBoost V6. 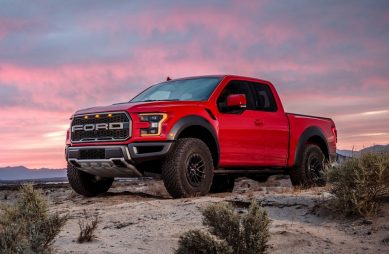 “The job always was, what’s the best diesel power pack that we can find, balanced across all the attributes, that’s going to work in all of those markets and with all kinds of people,” Worthington told caradvice.com.au at the time.

“This customer with this particular utility is looking for a certain level of outcome related to performance, related to fuel economy, we are convinced that this is the right solution, transmission and engine power pack. I think the only V6 diesel that we have is a 3.0-litre V6 and I’m pretty sure it wouldn’t fit even if we tried to make it fit”. 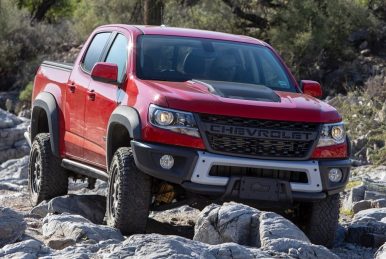 The introduction of a petrol Raptor will give Ford a direct rival to the Chevrolet Colorado ZR2 Bison in North America, which currently has the option of a 3.6-litre V6 petrol outputting 230kW/359Nm and the 2.8 Duramax turbodiesel used in the erstwhile TrailBlazer that is rated at 132kW/500Nm.