This is it: All-new Isuzu D-Max previewed in first official teaser The long awaited replacement for the almost eight year old second generation Isuzu D-Max has made its first showing in a teaser video released in Thailand ahead of its confirmed unveiling on 19 October.

One of the most eagerly anticipated models within the lucrative one-ton pick-up segment, the 15 second clip published by Isuzu Thailand on its YouTube page under the tagline “Infinite Potential”, shows the D-Max sporting a completely new facia with a larger grille separated by a central bar, and with the ISUZU logo integrated into the top section below the bonnet line.

As well as new headlights with integrated daytime running LEDs, the D-Max also boasts squared-off LED taillights and what appears to be a wholly redesigned interior given that the climate control panel is all new and that features will include Park Assist and a locking differential as evident by buttons surrounding the new gear lever.

According to a report by Top Gear Thailand though, the D-Max will also receive upgraded materials and a new touchscreen infotainment system with Apple CarPlay and Android Auto.

While little technical details are known, the video shows a glimpse of the engine, whose Ddi initials identifies it as the 1.9-litre BluePower turbodiesel that produces 110kW/350Nm. It is however likely that the long serving N-series truck sourced 3.0-litre D-TEQ turbodiesel will continue, but upgraded to the same 130kW/430Nm as the Australian market model. Transmissions will once again be made up of a six-speed manual or six-speed automatic.

A big change for the D-Max will be a new coil over rear suspension in place of the current leaf spring setup, as well as upgraded safety tech with the aim of achieving five-stars in the stringent ANCAP crash ratings in Australia. 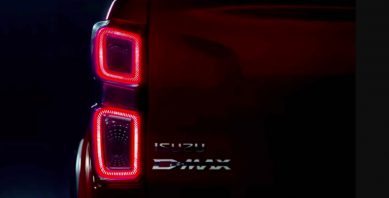 “Potentially [we would go rear coil suspension], for the next gen. It’s a bit early stage still and whether the suspension changes or remains or not will be dependent on what customers feel. If this [three-span leaf] is not enough it will be fed back to the manufacturer and go into the plan on whether we change the three-leaf or go into something totally new,” Isuzu Australia Director of Product Planning, Yugo Kiyofuji, told drive.com.au earlier this year.

“There are some features we currently don’t have that you would need to have to move into that premium category. We’re talking about adaptive cruise control and stuff which are features you’d get on those sorts of brands”, he said referring to the mentioned ANCAP goal.

Although a potential rival for the Ford Ranger Raptor has not been ruled out despite Isuzu having teamed-up with Icelandic firm Arctic Trucks for the creation of the AT35, what is not expected is a V6 engine to rival the Volkswagen Amarok V6 TDI and the Mercedes-Benz X350d. 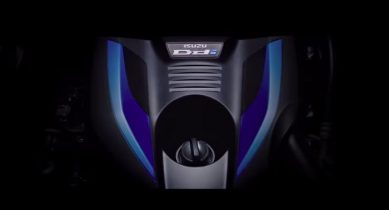 “For the next-gen I don’t have anything to comment on, but from my perspective we will remain Isuzu brand. I’m not going to ask the factory to introduce V6 or 300 kW and 600 Nm. That’s not something we should see,” Kiyofuji told the publication in April last year.

“Some boast about V6 and some about figures but we are not trying to go into the battle of the figures. What we are focusing on is how the customers can use the vehicles, which is the reason we have high flat torque so the high torque from the start, low revs, that’s something the customer wants at the end of the day”.

He further added that, “It’s not about 200 kW and whatever. It’s not a speeding car, it’s not a racing car, so I think we are going to keep the same Isuzu spirit for the next generation, at least around the powertrain”.

The reveal of the D-Max will soon be followed by that of the all-new Mazda BT-50 that will be based on the same platform and have the same engines following Hiroshima’s signing of an agreement with Isuzu last year that will see the end of the still Ford Ranger-based current model that has been around since 2011.

While it is expected to differ aesthetically from the D-Max, the BT-50 looks set to make its introduction only next year as the D-Max will debut, outside Thailand, towards the end of this year with sales commencing in early 2020.