The CS comes standard with a six-speed manual gearbox With BMW retaining rear-wheel-drive for the next generation 2 Series coupe reportedly out in 2021, the highly awaited swansong performance version of the outgoing F22 M2, the CS, has been outed ahead of its planned unveiling on 6 November.

Although a series of details leaked just over two months ago following a reported VIP showing in Belgium, motoring online forum Jalopnik has now published a number of images of the limited-run CS that is expected to make its first public showing at the Los Angeles International Auto Show later this month. 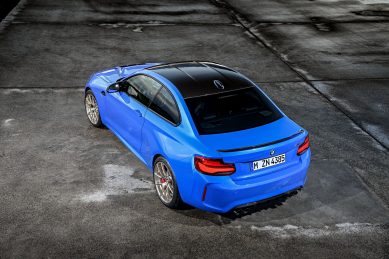 Based on the site’s claims, the CS will be limited to 2 200 units and in accordance with the mentioned leaked specification details, features a carbon fibre roof and front splitter, carbon bootlid spoiler and mirror caps, quad exhaust outlets integrated into the carbon fibre diffuser, carbon fibre bonnet, a gloss black kidney grille, red brake calipers and extended door sills. 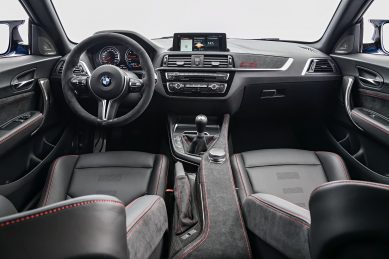 Accordingly, the online forum further reports that the CS will be equipped with the M Adaptive suspension for the first time and, thanks to the use of carbon materials, weigh less than the standard M2 despite no final figure being confirmed.

Up front, the venerable S55 3.0-litre turbocharged straight-six has been retained, but upped from 302 kW to the same 331 kW as the outgoing M3 and M4 Competition with torque being pegged at 550 Nm. 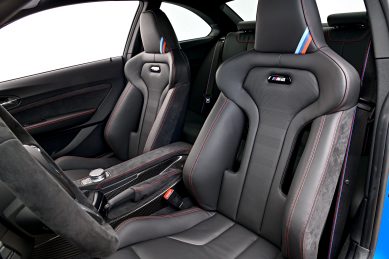 As per the images, the CS comes standard with a six-speed manual gearbox as previously indicated, though a seven-speed M DCT will also be offered. Although no top speed was confirmed, Jalopnik claims a 0-60 mph (96 km/h) sprint time of four seconds flat for the manual and 3.8 seconds for the M DCT.

No pricing details were announced, but expect final specification to be announced once the covers are officially taken off.