Holden farewells Astra and iconic Commodore Down Under Once the mainstay of the Australian automotive scene, Holden has announced that the iconic Commodore moniker will bow out in 2020 after 42 years. Along with the Astra, the shock announcement comes on the back of the General Motors (GM) affiliate recording its worst sales month since being founded in 1948 with sales plummeting by 48% to 2 665 units in total.

In addition to being the sixth consecutive sales drop for the lion badge, the discontinuing of the Commodore and Astra comes just over a week after Chairman and Managing Director, David Buttner, handed in his resignation after a mere 16 months in charge, and days after Buick revealed that it would cease production of the related Regal in North America due declining demand for sedans. 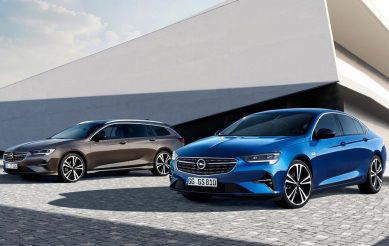 FRENCH-GERMAN: The recently updated Opel Insignia Gran Sport would have provided a glimpse of the updated ZB Commodore.

Like the Regal, the Commodore, known internally as the ZB, had been sold in Australia and New Zealand as a rebadged and repackaged version of the Opel Insignia Gran Sport, a decision that come shortly before Rüsselsheim’s R30.3-billion sale to the PSA Group two years ago, which drew the ire from many Australians following the end of local model production months prior.

The first imported model to wear the fabled Commodore name, a move itself highly criticised by the majority of Aussies, the ZB dispensed with long standing model traditions such as rear-wheel-drive and a V8 engine, instead being front-or-all-wheel-drive with the option of a 2.0-litre turbocharged petrol engine, a similarly sized and Commodore first turbodiesel motor, and a 3.6-litre V6. 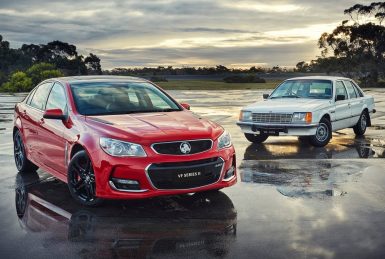 A LOCAL NO MORE: The last Australian produced Commodore, the VF Series II, pictured with the first ever model, the VB Commodore, that debuted in 1978.

In another departure, the ZB also came without the option of a manual gearbox for the first time and minus the performance SS or SuperSport designation as the nomenclature, which bowed on the VH Commodore in 1982, belonged to GM who allegedly blocked its usage following Opel and UK sister brand Vauxhall’s sale to PSA. Instead, the performance ZB carried the later VXR’s description and only offered the option of a sedan whereas its predecessor, the VF, could be had as a sedan, Sportwagon or a Ute.

While the ZB did offer the option of a Sportwagon and a high-riding crossover inspired estate called the Tour, the lack of a utility model, as well as GM having to pay PSA for use of the Insignia, were seen as contributing factors in Commodore sales slumping to a mere 5 417 units since its unveiling in December 2017, a far cry from 1998 when total sales of the VT Commodore stood at 94 642 units. 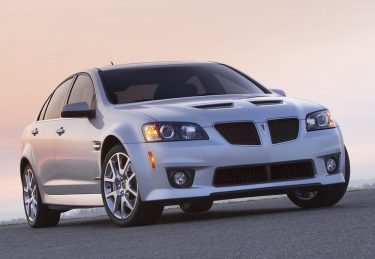 AUSTRALIAN MUSCLE IN ‘MERICA: The VE Commodore reskinned as the Pontiac G8 sold in the United States from 2008 until the Pontiac marque’s demise in 2009.

Aside from the Commodore, sales of the Astra, which re-entered Australia last year as a captive import, were similarly poor with only 4 047 units having been sold as of the end of November.

In announcing the end of both nameplates, interim Holden Chairman and Managing Director, Kristian Aquilina, said the marque will instead switch its attention to SUVs by focusing on the Trax, the twin of the Opel Mokka X, the TrailBlazer, the Chevrolet derived Equinox, the Acadia sold in the States as a GMC and the Colorado which shares its underpinnings and mechanicals with the Isuzu D-Max. 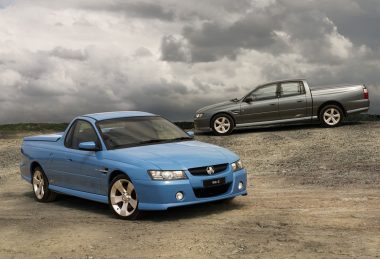 “Holden is taking this decisive action to ensure a sharp focus on the largest and most buoyant market segments. So far this year SUVs and Utes have increased to 76 percent of Holden sales, a trend we only see continuing. The SUV segment is approaching half a million units and LCVs over 200,000 units. That’s where the action is and that’s where we are going to play,” Aquilina said in a statement.

The departure of all non-SUVs and pick-ups from Holden’s line-up follows a similar move by Ford in the United States earlier this year to discontinue models such as the Fusion, Focus, Fiesta and Taurus in focusing only on more profitable SUVs and pick-ups, the only exception being the Mustang. Down Under, Holden will only have one car is in its range from next year, the new Corvette C8 that will be offered in right-hand-drive for the first time. 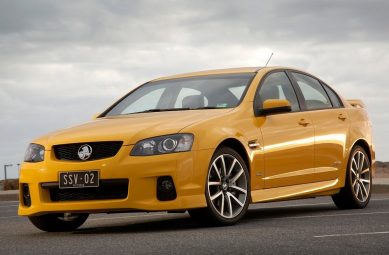 AS IT SHOULD BE: The Holden VE Commodore, made from 2006-2013, served as the fourth and final iteration of the Commodore nameplate as it was succeed by the updated VF that culminated in local production ending in 2017.

Aside from Australasia, the Commodore also headed across the waters where the VT, VX, VY and VZ iterations were sold in left-hand-drive as the Chevrolet Omega in Brazil and the Lumina in the Middle East, while the VE Commodore made it to North America as the Pontiac G8 where it replaced the reincarnated GTO, itself a rebadged version of the revived Holden Monaro that used the VT underpinnings.

In the Middle East, the Monaro entered the market as the Chevrolet Lumina Coupe and the United Kingdom as the Vauxhall Monaro, before being replacing in the latter market by the four-door VXR8 in 2007, a revised version of the VE Commodore that lasted until 2017. 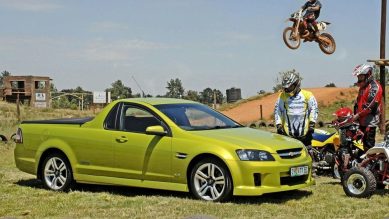 In South Africa, the Lumina moniker was famously used for the VT, VX, VY and VZ sedan and Ute derivatives until bowing out when the VE ended production six years ago.