M340d comes powered by the same 3.0-litre twin-turbodiesel straight-six as the X3 and X4 M40d, but with the addition of a 48-volt mild-hybrid system. BMW has supplemented the petrol powered M340i xDrive with a diesel model in the shape of the M340d xDrive. Retaining the same unique M Performance touches as its sibling inside and out, the M340d, which will be offered as a sedan or Touring in Europe, comes powered by the same 3.0-litre twin-turbodiesel straight-six as the X3 and X4 M40d, but with the addition of a 48-volt mild-hybrid system that adds an additional eight kilowatts over short periods. 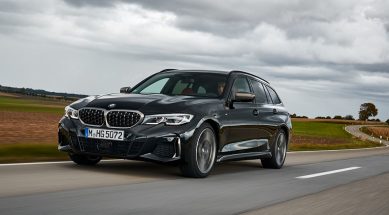 Delivering a combined 250kW/700Nm, send to all four wheels via the sports tuned eight-speed Steptronic gearbox, the M340d will reach 100 km/h from standstill in 4.6 seconds, 4.8 seconds in the case of the Touring, and hit the electronic limiter at 250 km/h. Standard fitments are the Adaptive M Sport suspension, upgraded M Sport brakes, M Sport differential and M Sport exhaust. 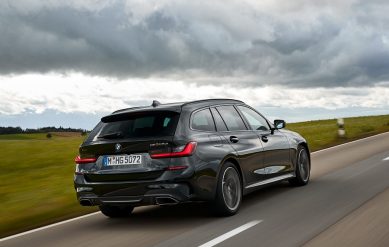 Bowing at the Geneva Motor Show next month, it remains to be seen whether the M340d will be given the green light for South Africa but if so, expect it to be limited to the sedan and command a premium over the M340i’s standard sticker price of R1 002 211.