i30 can now be had with a 48-volt mild-hybrid system, as well as a new six-speed manual transmission dubbed Intelligent Manual Transmission (iMT). Having showcased the all-new i20 last week, Hyundai, after a number of teased images, has revealed the updated i30 ahead of next month’s Geneva Motor Show.

A model whose local introduction remains a mystery in spite of the launch of the hot i30 N earlier this month, the exterior updates are extensive and includes slimmer headlights with V-shaped integrated daytime running LEDs, a new grille derived from that of the Sonata, a redesigned rear bumper, LED combination lamps and newly designed 16 or 17-inch diamond-cut alloy wheels. 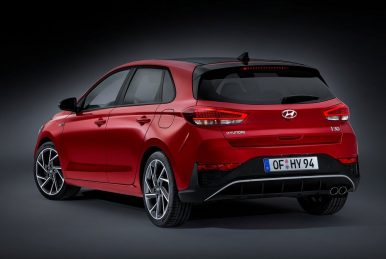 Slotting-in below the N, the new N Line adds a number of bespoke tweaks of its own in the shape of a lowered central grille, unique side skirts, front and rear bumpers as well as a wider faux diffuser, repositioned front fog lights, new headlights, 17 or 18-inch alloy wheels, sports tuned suspension and revised steering.

Just as comprehensive as the interior that can be had with a 10.25-inch digital instrument cluster as well as a seven-inch touchscreen infotainment system with Bluetooth, Apple CarPlay and Android Auto, a wireless smartphone charger, cloth or leather seats, plus four colours; the standard black and three new finishes in Charcoal Grey, Ebony Brown and Pewter Grey. 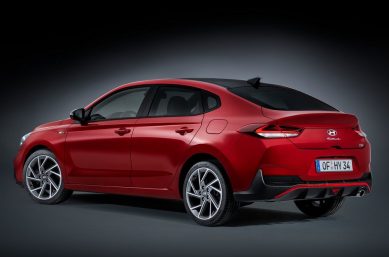 It has all changed up front though where the i30 can now be had with a 48-volt mild-hybrid system on some models, as well as a new six-speed manual transmission dubbed Intelligent Manual Transmission (iMT) that uncouples the ‘box from the engine when the throttle is released in order to reduce consumption and cut down on emissions. 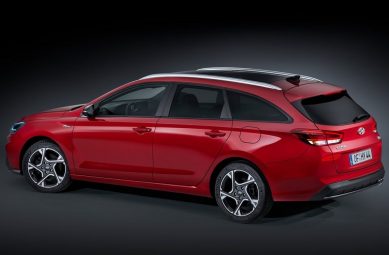 Starting the range off is a new brand-new 1.5-litre normally aspirated petrol that sends its 81 kW through a six-speed manual ‘box without the iMT system, with the next step-up being the three-cylinder 1.0 T-GDI that produces 88 kW. In this guise, the blown three-pot comes with or without the mild-hybrid system, but with iMT incorporated into the manual ‘box. Available for the first time is an optional seven-speed dual-clutch automatic.

At the sharp-end of the petrol line-up is a T-GDI version of the mentioned 1.5 that replaces the previous 1.4 T-GDI and which makes 118 kW with the six-speed iMT manual being standard and the seven-speed dual-clutch optional. On the diesel side, two version of the carryover 1.6 are offered; an 85 kW model with the same transmission choices as the 1.0 T-GDI and a mild-hybrid that delivers 100 kW with the same tranny options as the 1.5 T-GDI. 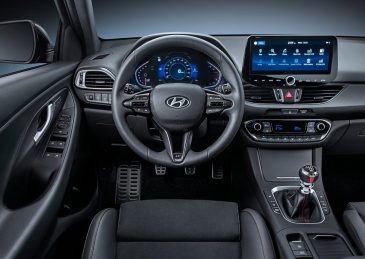 Offered in a choice of nine colours; Polar White, Platinum Silver, Phantom Black, Olivine Grey, Stellar Blue and Engine, as well as three new hues; Silky Bronze, Dark Night and Sunset Red, the i30 will once again touch down in Europe as a either a five-door hatch, four-door fastback sedan or a four-door estate with sales set to start soon after premiering at the Swiss showpiece.