Biggest anomaly for the year was when Subaru’s more powerful Impreza WRX STI ran slower to 100 km/h compared to the WRX. I have been sniffling through my archives and discovered some interesting numbers in his detailed records from the last 16 years. For some light entertainment, and an interesting glimpse into how things have evolved over time, we have compiled a list of the Top 10 fastest cars – in terms of 0 to 100 km/h – for every year dating back to 2004. We’ll roll these out over the course of the lockdown. 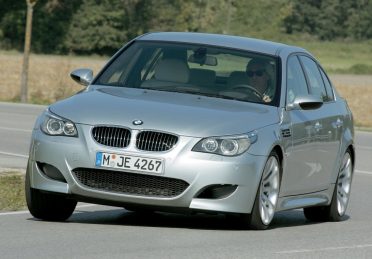 Two-thousand-and-five marked the first time a car broke into the five-second barrier and it took all of 450 kW of power and 1000 Nm of torque to do it. Mercedes’ monster tyre smoking SL 65 AMG topped the timesheets. I still remember the fun I had leaving large black lines wherever I went and my heart racing when I had to stop my first car that had hit 240 km/h in 1 000 m at Gerotek.

It’s baby brother, the slightly more petite but still brutal SLK55 AMG, come in second at 5.48 seconds and TVR’s quirky and quite horrible Tamora filled third spot at 5.52 seconds. This car was never made to go fast and you always felt like it was trying to kill you at high-speed due to its poor aerodynamics. 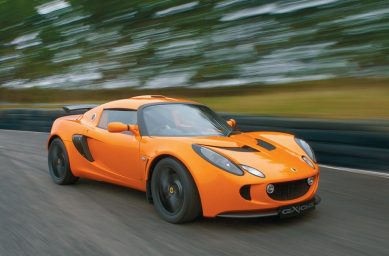 My biggest anomaly for the year was when Subaru’s more powerful Impreza WRX STI ran slower to 100 km/h compared to the WRX time of 5.66 seconds of 2004. Try as I may, the test car I had would not go better than the 5.92 seconds you see in the table below.

The fastest hot hatch in 2005 was Renault’s interesting Clio V6 that loved to turn around on itself like an old VW Beetle and featured a mid-mounted engine that came in with a time of 6.83 seconds. Renault’s Megane Sport pipped Volkswagen’s Golf GTI with a time of 6.96 seconds to 7.34 seconds respectively. The Golf GTi was just starting its charge to the top of the timesheets. This time round, the three-pointed star took the title of quickest SUV from BMW’s X5 4.8is with their ML 500 in a time of 8.46 seconds. Opel’s Zafira OPC became the first people mover on the radar with a time of 8.84 seconds.