Both will be offered with rear-or-all-wheel-drive, plus a manual or automatic gearbox. The Head of BMW’s M division has officially confirmed that the wraps will come off of the new M3 and M4 in September this year.

According to the BMW Blog, Markus Flasch, while hosting a Q&A on Instagram, confirmed not only the month of reveal, but also prior reports that both will be offered with rear-or-all-wheel-drive, plus a manual or automatic gearbox. 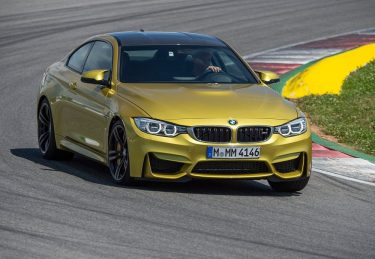 As is known by now, motivation will come from the new 3.0-litre twin-turbocharged S58 straight-six used in the X3 and X4 M, with outputs of 353 kW for the ‘standard’ model and 375 kW for the Competition derivatives. Regardless of the output, torque for both is capped at 600 Nm, but only the all-paw gripping xDrive system will be offered on the latter together with the eight-speed Steptronic ‘box.

What remains to be seen though is whether comments made by Flasch in November last year materialise in which he hinted about the return of the CS and CSL monikers allegedly packing 390 kW and 405 kW. Despite the reveal date, expect BMW South Africa to only bring the Competition models to market and only from early next year.