AA: Partial victory welcomed but more needs to be done

Current extension to the end of November must be extended to at least the end of January next year. 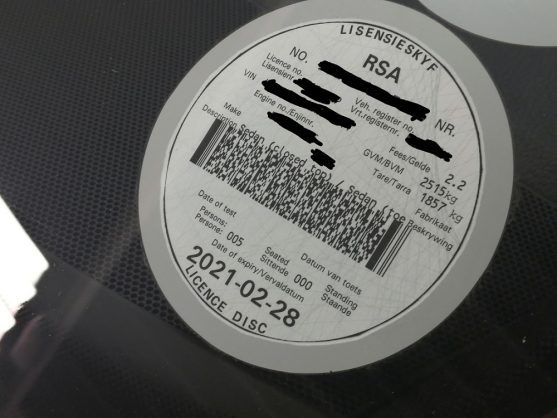 The decision by the Department of Transport to extend the validity period of licences to the end of November is to be welcomed as a partial victory for motorists, says the Automobile Association (AA).

In early June, the Road Traffic Management Corporation (RTMC) announced that “All Learner’s Licences, driver’s licences, motor vehicle licence discs, temporary permits, roadworthy certificates and professional driving permits (PrDPs) that expired during the period that commenced from 26 March to 31 May, are deemed valid and their validity period is further extended with 90 days from 1 June to 31 August 2020”.

However, the AA launched a petition last week calling for the validity period to be extended beyond 31 August to the end of January 2021 to give motorists enough time to renew their documents, and to provide some space to Driving Licence Testing Centres (DLTCs) to deal with backlogs, and prepare for new submissions. The decision to extend to the end of November has been confirmed by the Department of Transport.

“The extension to the end of November is a great start, and we certainly welcome this move by the Department of Transport. It’s the correct decision, and indicates that the department is aware of the problems motorists are facing. However, we still believe this does not provide enough time to deal with the backlogs and we will continue with our petition which seeks extension until at least the end of January next year,” says Mr Willem Groenewald, CEO of the AA.

As of this morning the AA’s petition to #ExtendtheLicence has garnered more than 20 500 signatures. “We applaud the department for taking a pragmatic approach to this issue, and for acknowledging problems at the DLTCs. Now that we have reached this point, we think it is vital to press ahead with our call for a further extension; the interests of the motorists must be protected and we cannot stop until we have reached our goal of an extension to at least the end of January 2021,” says Mr Groenewald.

An added issue, Mr Groenewald noted, was that drivers who are unable to renew discs or driving cards may have problems if they are involved in crashes as insurers may repudiate claims based on the fact that the drivers are not on the road legally. Mr Groenewald says the current extension to the end of November must be extended to at least the end of January next year.

“Our proposed extension date also makes provision for the closure of DLTCs over the festive period, and for further potential closures as a result of COVID-19,” Mr Groenewald earlier noted

In support of the Minister resolving the problems, the AA has offered its national network of agents to assist drivers renew their licences. The Association says the Minister should consider allowing third party agents – such as the AA – to perform vehicle disc and driving licence card renewal services which are currently only offered through the DLTCs and the Post Office.

The AA’s online petition is available at: https://www.aa.co.za/petition-to-extend-the-licence.